The atmosphere put on a remarkable non-tornadic show yesterday in northwest Kansas.  Most of the day, model and observations pointed to the area near Phillipsburg, KS as ground zero for best tornadic supercell ingredients.  Here are some satellite and model images from the late morning hours:
As you can see, the model was (consistently!) forecasting an isolated thunderstorm directly in the target area, which was making us more confident that convective initiation would occur.  Meeting up with the CoD crew, we launched a 21 UTC radiosonde from Phillipsburg, KS:
The weather balloon data suggested that a small cap was present in our area and low-level buoyancy were the main negative factors in play.  The wind profile with height appeared to be quite favorable for tornadic supercells.

Several failed attempts of CI occurred near KPHG before the entire area went pancake flat with no cumulus in sight.  I, again, thought the day was going to be a bust.

RADAR echos started forming to our west, and we were particularly interested in a developing cell near Atwood, KS.  Approaching this storm was awesome (I will post GoPro video of the approach when I return home).  We slid south of Atwood and enjoyed the structure for a bit, but it was pretty clear that the storm was lacking vertical acceleration in the low-levels:
This storm began to weaken and we set our sites on a new cell developing to the south near Selden, KS.  This new storm tried VERY hard to produce a tornado: 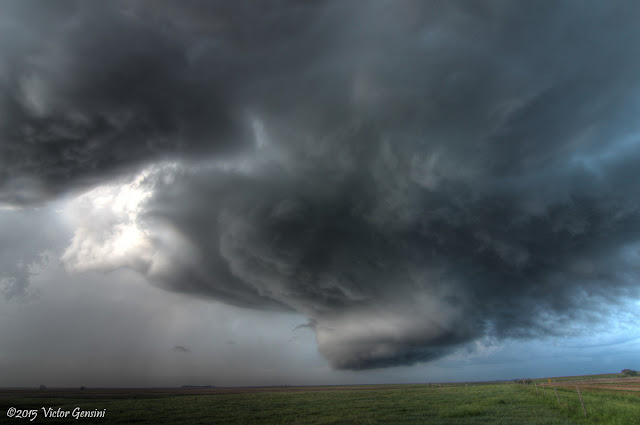 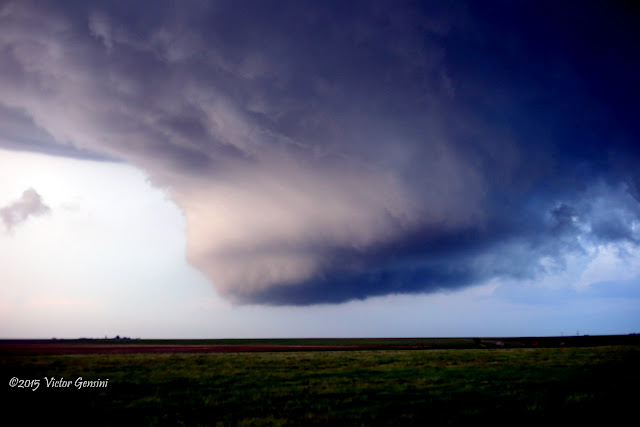 It was interesting being on the western flank of the storm, and we experienced several RFD pulses.  Some of these were *hot* and others were rather chilly.  It was a very good example of the rapid thermodynamic changes in the near storm environment. After a few failed attempts of tornadogenesis, we backed up a hair and watched an epic lightning show well into the evening hours. It was definitely a top 3 lightning chase for me of all time. Below are some shots of the lightning and a brief timelapse. 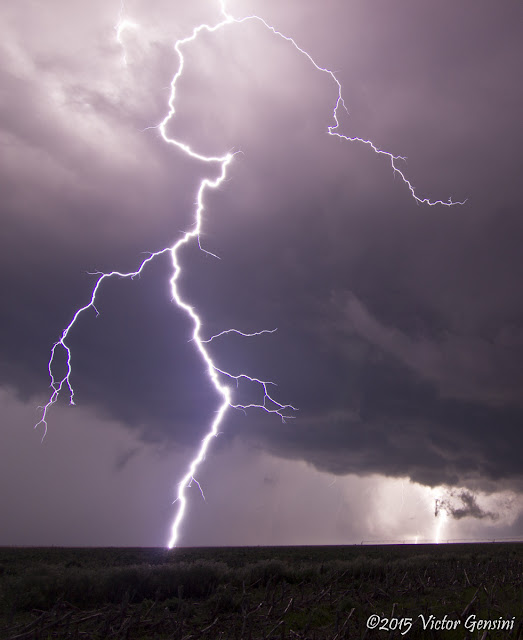 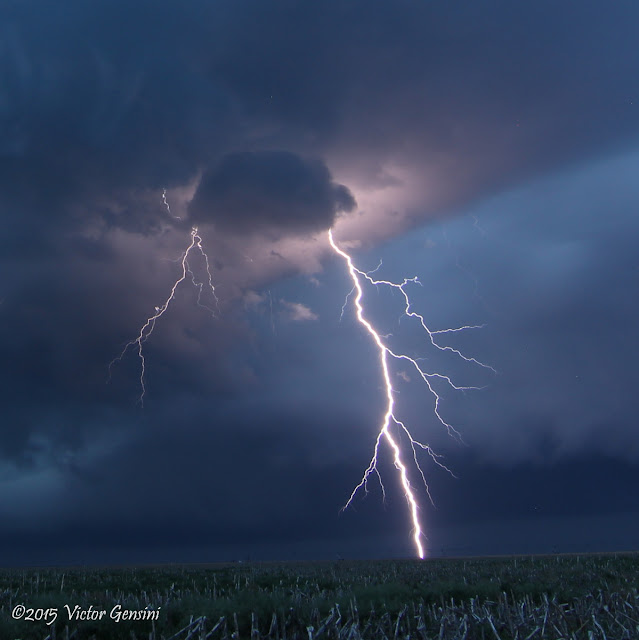 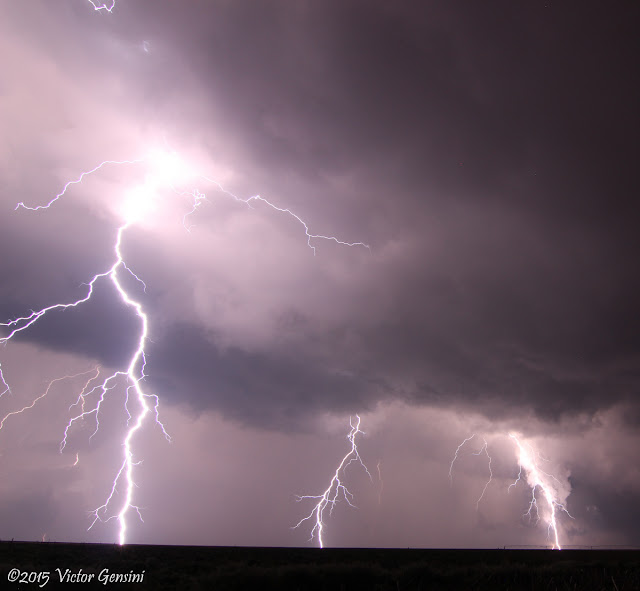 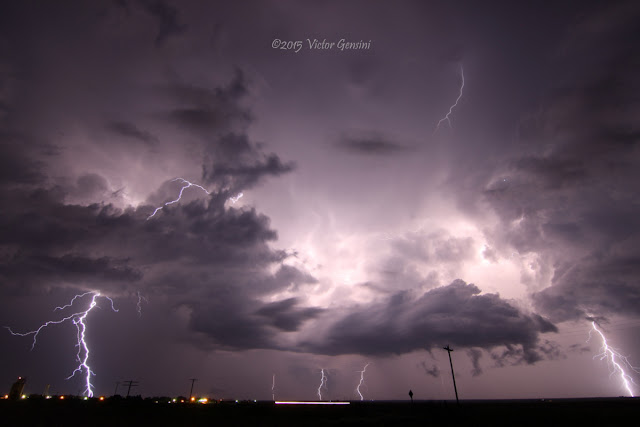