Monday was what I would consider a climatological pattern for tornadoes across eastern IA, northern IL, and southern Michigan.  As is often the case with these setups, ongoing thunderstorms in the morning 'muddied' up the forecast (things were not clear even by mid-afternoon!), but severe thunderstorms eventually developed across the risk area by early evening. We targeted the DVN area, then slid a tad north a strengthening storm west of Clinton, IA. This storm morphed into a strong supercell after crossing the MS river, but poor visibility made identifying the storm structure difficult.  This storm continued to grow into a large high-precipitation (HP) supercell before diving southeast across north-central IL and producing numerous tornadoes.  We had several great views into the notch, but really could only confirm one touchdown of a tornado.  We bailed on the storm near Mendota, IL as it was becoming dark/dangerous.

We (Matt Piechota and I) came back out to the hard hit Woodhaven Lakes area on the 23rd to conduct a storm survey on behalf of the National Weather Service in Chicago. We found several areas of EF2 damage in Woodhaven Lakes.  Thankfully, only minor injuries and no fatalities were recorded here (likely because it was not a weekend).  This was an extremely vulnerable campground area, and we found many campers crushed by large pine trees.  Many of the residents again commented that the WEA cellphone warnings from the NWS helped alert them (with ample time) to the pending tornado.  I consider this another huge success story for the region. 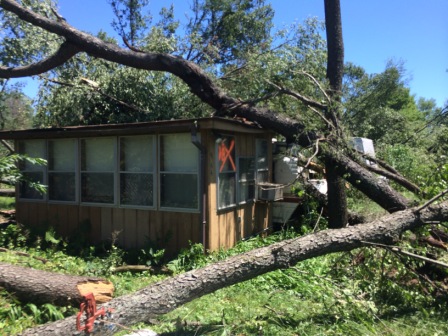 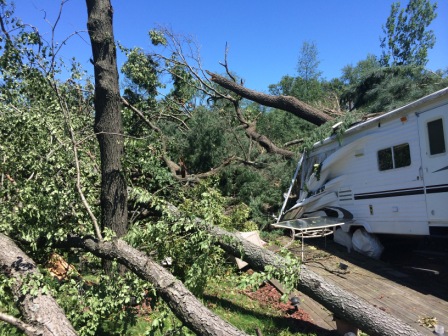 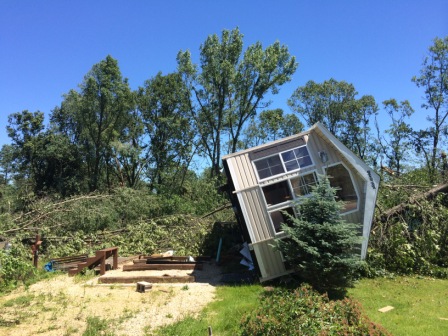 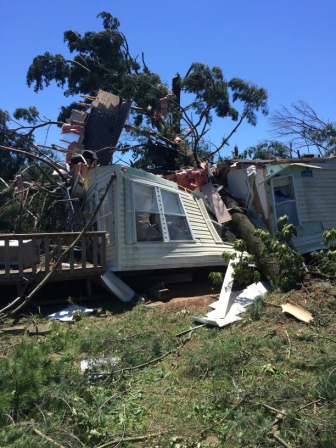