By 5 PM, I had thought the day was a bust for us.  We opted to play the further south target, despite dry air and a strong cap.  It wasn't entirely clear if severe convection was going to form in our area until around 6 PM, when a pair of nice updrafts began to form near Dalton, NE.  We watched these cells for what felt like an eternity until a majestic LP supercell took over the show at sunset.  We (now caught up with the CoD crew) took a dirt road west out of Gurley, NE, to get an unobstructed view of the updraft.  On a nameless road west of Gurley, we were treated with a view many people will never get to see in their entire life.

I cannot explain the crisp updraft.

I cannot explain the sunset.

I cannot explain the colors.

I cannot explain the joy.

You do not need a tornado to enjoy the sky.

MISC: Dad's annual pic in front of the sky was captured (see below). Overnighted in Julesburg, CO, at our "favorite" motel. 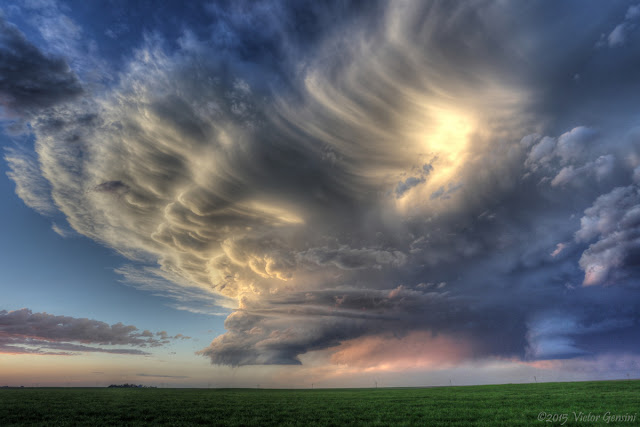