Tuesday featured another slight risk along the Laramie Range and we decided to hug this play due to the rather marginal ingredients elsewhere, and the slightly better upper level wind shear over the northern target (plus, we awoke in the target area!).  After some McAlisters Mac ‘N Cheese (YUM; thanks Laura!), we ventured out of Laramie toward Glendo State Park.  We found a perch in the state park that overlooked a reservoir (kudos to Walker for remembering this spot) and captured some stunning images of a developing LP type supercell to our immediate north.  We repositioned south a few times to take in more views of the gorgeous updraft. A longer stop transpired west of Guernsey, WY, to take in the sky for a bit before ping-ponging back and forth between Chugwater and Dwyer.  This turned out to be rather fortuitous though, as we found a majestic bald eagle to photograph!

New storms were developing west of the Laramie Range, so we bolted back north toward Guernsey to a gravel road where we had previously shot some nice time lapse photos.  We allowed the core of this last (and beefy!) storm to pass just to our west before driving back toward I-25 to look for large hailstones.  The largest stones we could find were near 2.5” at the rest stop just west of Dwyer. Rather large hail for this area of the country!

We ended the day with a nice skyscape on our drive to Casper to position for Wednesday. 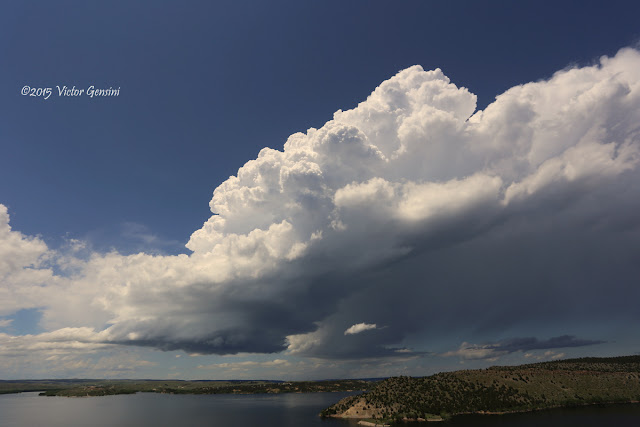