We departed west out of Omaha on Sunday with an eye on (a) cold front / pseudo surging outflow that was stalling around the I-80 corridor in western NE. These sort of features have been notorious for producing non-mesocyclonic (or landspout) type tornadoes, especially when large amounts of instability are present in the atmosphere.  While we did not find a 'needle in the haystack', we continued west toward our morning target north of Cheyenne, WY.  Convection was beginning to mature in the Wheatland, WY area, with one dominant cell pushing out ahead with a deviant southeast (and at sometimes southwest!) storm motion.  We latched on to this cell near Meriden, WY and stuck with it for the rest of the day.  The cell looked really good for about 15 min., where it featured a clear slot and attendant funnel cloud for nearly 5 min.  We eventually repositioned south before sampling the hail core and calling it quits for the day.

MISC:  Overnighted in CYS and had a good dinner at the Rib and Chop House (best peach IPA I've ever had). Now chasing with Walker Ashley and Laura Hedien. 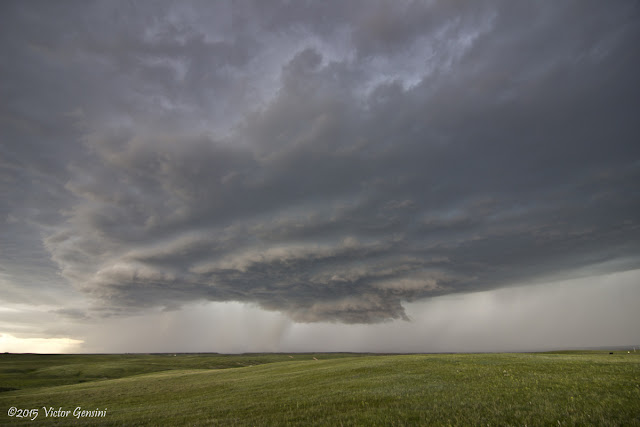 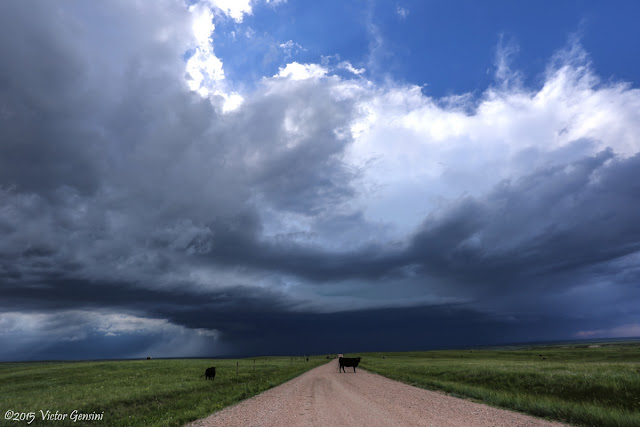 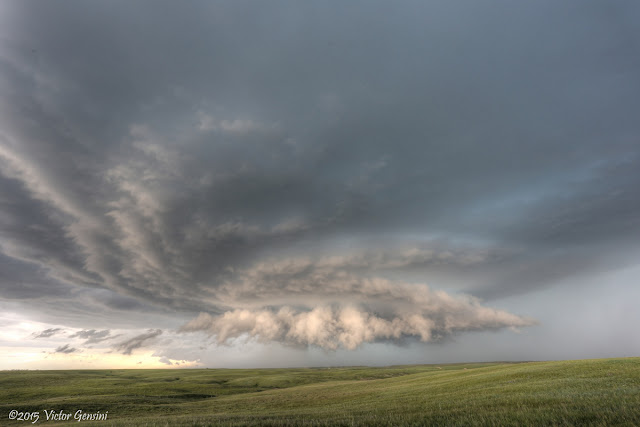