Monday was a day I will never forget.  We awoke in Goodland, KS, and made the long journey north to the Badlands in anticipation of severe storms despite another day with meager ingredients. A storm was finally able to get "latched" to the Black Hills and quickly became severe.  We were north of the storm (near Sturgis, SD) and road options made it difficult to get to the favored south viewing angle.  Not wanting to damage the car with hail, we pulled over in Piedmont, SD, under an awning and let the supercell ride over us.  For the next HOUR and ten min, we received continuous hail, ranging from penny to half-dollar size as the supercell sat stationary over us.  Unfortunately, that meant we were obstructed from the best view for a majority of the storm.  However, we were able to break free later in the lifecycle and snag some nice pictures from a residential neighborhood in Rapid City.

PLACEHOLDER: I will upload some of the hail video when I return home. 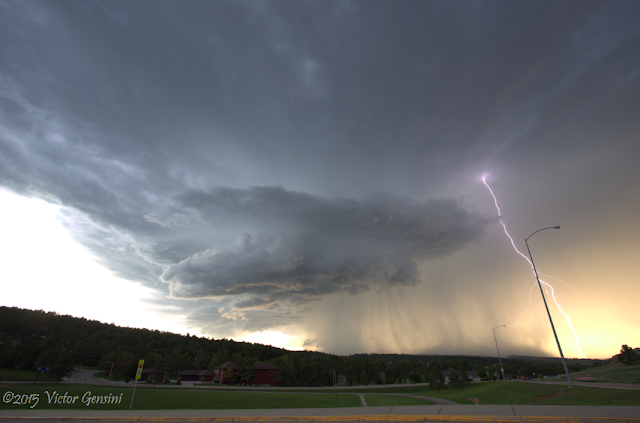 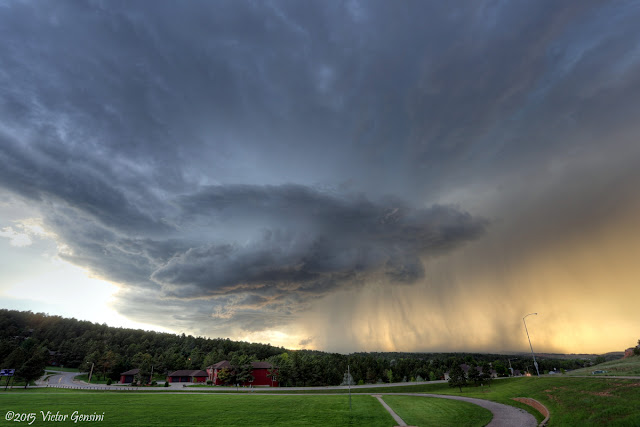