Sunday featured a broad area of marginal parameters for severe storms across the High Plains.  Our morning target was the CO/NE/KS border, just east of the lee trough in slightly better moisture relative to surrounding areas:
Unorganized convection began forming off the Cheyenne ridge in a downsloping regime as we sat in Holyoke, CO, awaiting initiation nearby.  We drifted slowly west toward Haxtun to check out the CR storm now near Sterling, CO.  Turns out that we should have just stayed put in Holyoke, as the lee trough was begging to show signs of initiation.  We noticed this and set our sights on the Wray, CO area.  Pileus clouds were noted on nearly every towering cumulus, and it was clear these storms were in an unstable environment. Rapid development of severe convection was also present in this area via the KGLD WSR-88D and visible satellite: 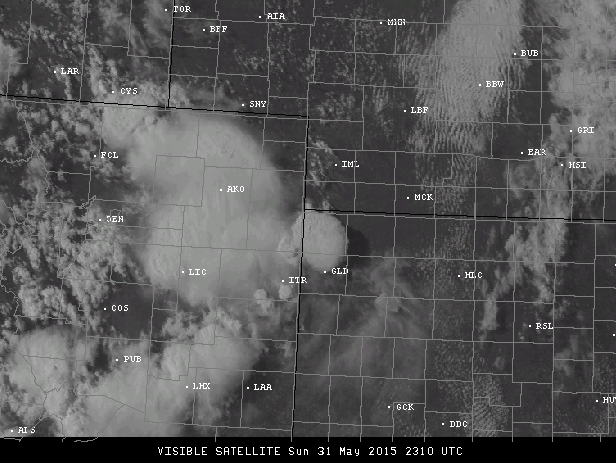 Anvil debris from the Sterling, CO storm really muddied up our pictures of the intense updraft, but we managed to witness a couple high based funnel clouds during the cumulus/mature stages. We should have stopped earlier and tried to time lapse the updraft, but storm motion was rather fast (and due south!), making for a difficult chase. Now nearing Kanorado, KS, we let the VIL core pass over I-70 (reports of 1.5" hail) as the storm appeared to be loosing its nice structure and quickly moving away from us.

MISC: Overnighted in Goodland, KS with a Sonic Strawberry Shake. 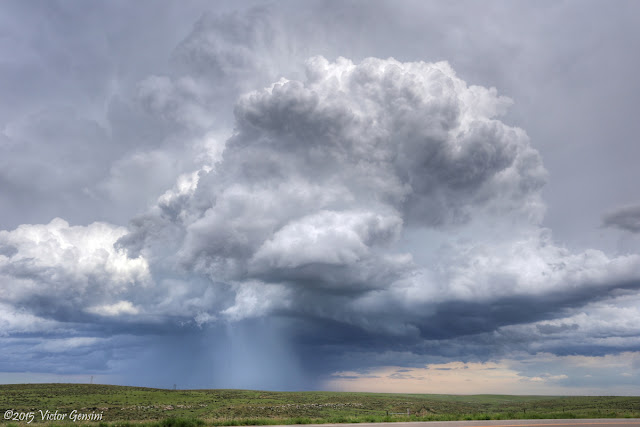 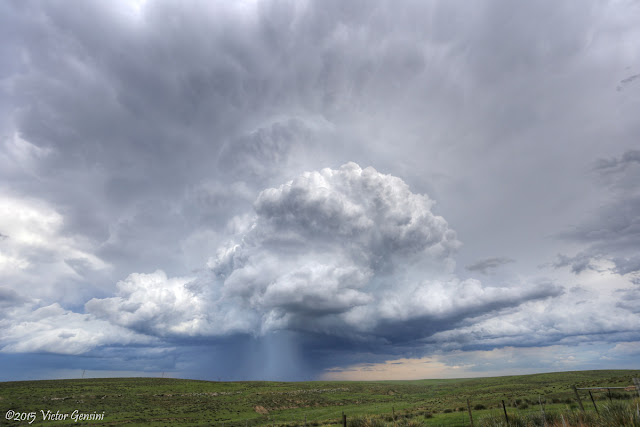