Sunday was the first solid supercell setup in favorable storm chasing terrain.  Trip 5 departed Winner, SD by late morning with an eye on the North Platte to Sidney, NE area for convective initiation.  After lunch at Whiskey Creek in North Platte, we ventured northwest to towering cumulus to our northwest near Oshkosh.  These towers matured into several transient supercells, which we tracked toward the Arthur area. As the cells began to dive south, we let the strongest of the convection pass to our east as it hit the town of Sutherland.  We drove into Sutherland after the storm to find tree branches down, leaves shredded, and large hail. The students were excited! The drive back west to our hotel in Ogallala featured occasional lightning and breathtaking sunlit towers with nice mammatus.

MISC: Overnighted in Ogallala at the "Quality" Inn. 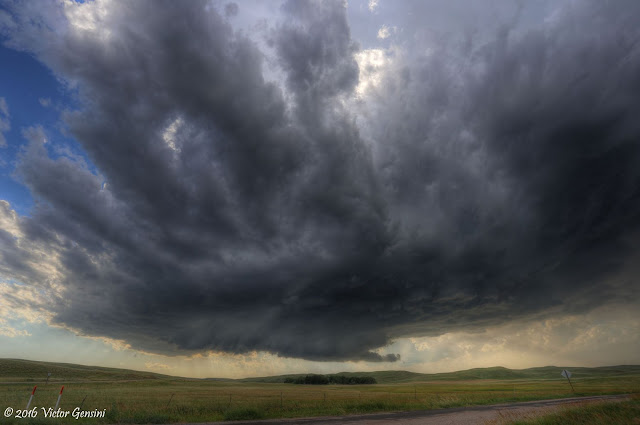 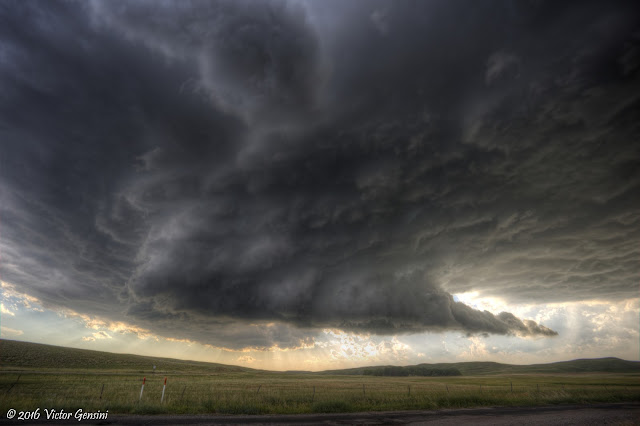 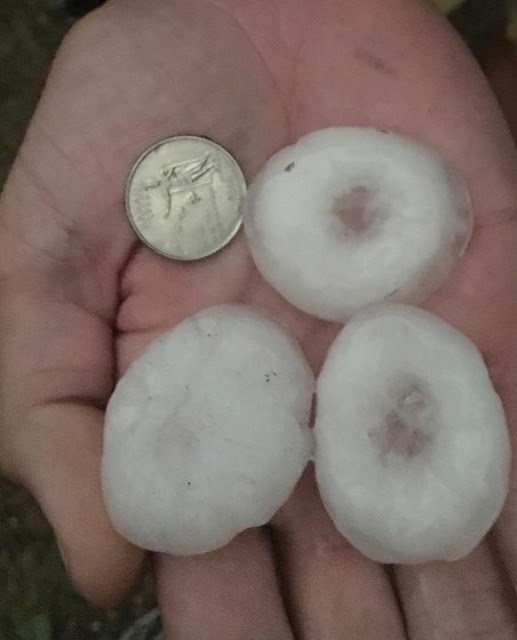