Last day of the initial trip had us wondering if central KS would be in play. Initially headed west along I-70 to Wakeeney, but eventually gave up on this play as outflow from decaying eastern KS MCS was skunking the instability. So, we made a quick play for a forecast loan supercell to materialize near Kim, CO. Indeed, this occurred and we latched onto it east of Springfield. Took a bit of time, but eventually, the storm put on a nice structure show. Followed it east, but eventually gave up due to forward speed near Liberal, KS. Shot some lightning/structure from the north as the storm raced east, before heading to Dodge City for the night (log by WSA). 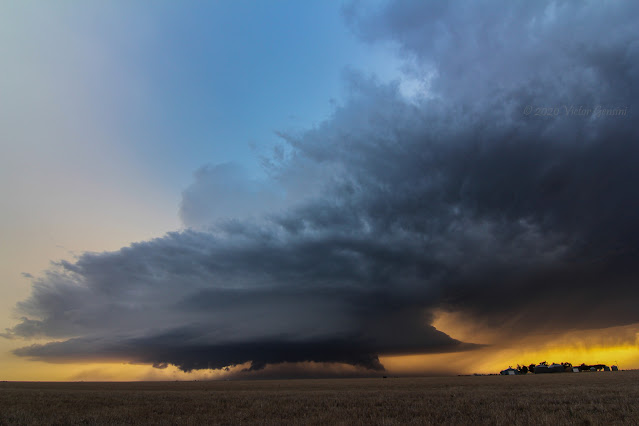 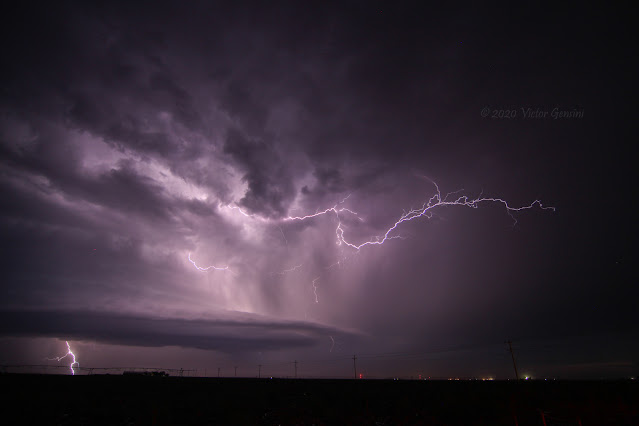 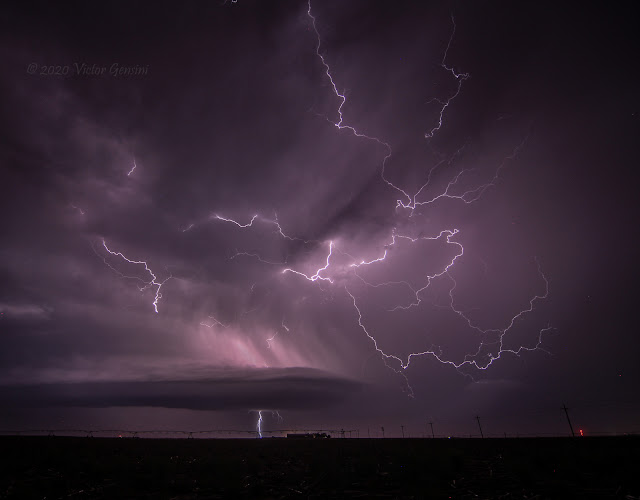 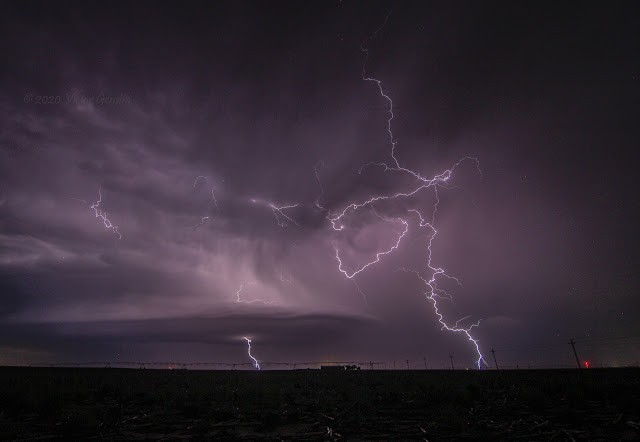 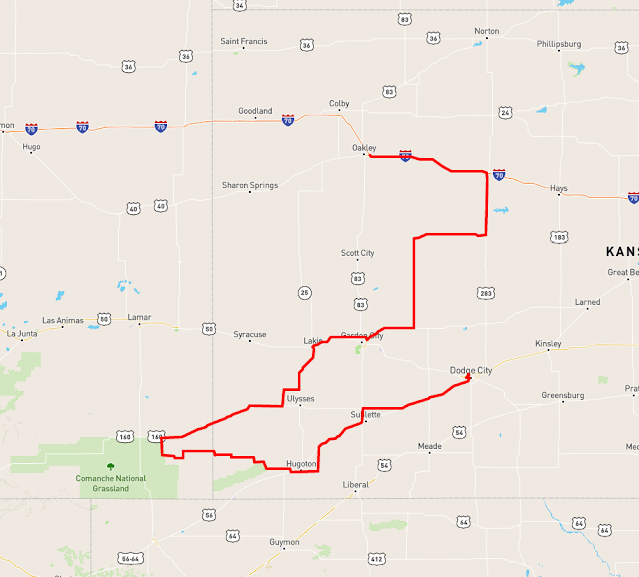