Wednesday featured the first High Risk for severe storms across northern IL in nearly a decade.  It was nice to not be in a morning rush to get to a target area, as this was clearly going to be a "backyard" chase day.  I trekked over to DeKalb, IL around noon to pick up Walker Ashley (NIU; prof), Stephen Strader (NIU; Ph.D. student), and Matt Piechota (CoD; met student).  After glancing over some data, we jogged west toward Shannon, IL as a focus for an initial target.  Convection was beginning to form in all quadrants, and we wanted to make sure to "pick" the right storm.  We spent a few minutes time-lapsing a multicell storm southwest of Rockford, before heading toward the Rockford metro to latch on to a cell with a little better appearance on RADAR.  This new cell was quickly swallowed by a left-split produced by a supercell in southern DeKalb county (an impressive storm in its own right!).  We finally pit-stopped in Stockton, IL to grab a quick sandwich and monitor the RADAR.  While we were about to cut our losses and head back home, a new cell moving out of extreme eastern IA exhibited an interesting appearance and was drifting toward Jo Davies county in Illinois.  This area is less than ideal terrain for viewing storms, but it was really the only storm worth viewing at this point.  We latched on to this storm on Elizabeth road, roughly 8 miles northwest of Mount Carrol.  After finding a ridge to view from, it was clear that this storm exhibited numerous supercellular characteristics. We watched as a tornado formed (or perhaps was already in progress) roughly 7 miles to our northwest (still on Elizabeth road at this time).  We watched this tornado for ~10-15 min. before loosing sight of it due to poor terrain.  The next visual we had on the storm confirmed that our day was probably over.  Cool outflow was present at the surface, and it was clear that the storm was choking itself off.

Oh, we still made it home to watch the Blackhawks play! 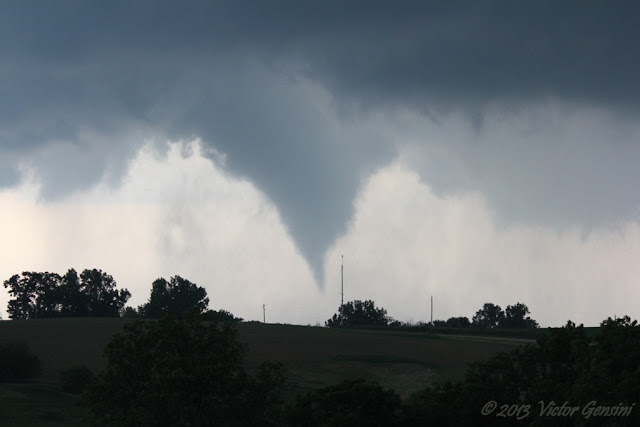 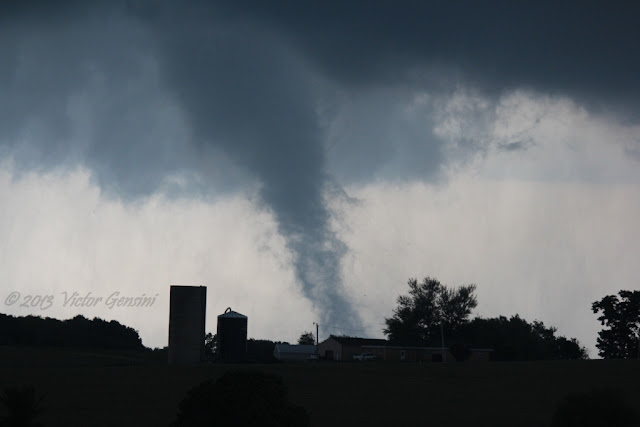