Thursday featured a rather lengthy drive north to Mobridge, SD with hopes for an isolated supercell near sunset. Trends during the late morning/early afternoon began to suggest that the best convergence was occurring a bit further west across western SD. Knowing that the cap was atomic and nothing was going to materialize till late evening, we sat in a park in Mobridge with CoD trip 3 and talked through potential convective scenarios. The main issue was that our new western target would put us on the west side of the Missouri River with only a couple road options for crossing on our inevitable route back towards the east (this turned out to be trivial as the storms died before crossing...). In short, storms began to fire in our new target in an area of enhanced convergence along a dryline. These storms were, well, disappointing. I think they were struggling with the cap, but like yesterday, a dominant updraft was absent. We followed the multicell mess back to the Mobridge area, and shot a few lightning photos on the way back to our overnight location in Fort Pierre, SD. Tomorrow doesn't look to great, but we may chase in southern Nebraska/nw KS. More than anything, it will be a repositioning day for better storms in CO on Saturday. 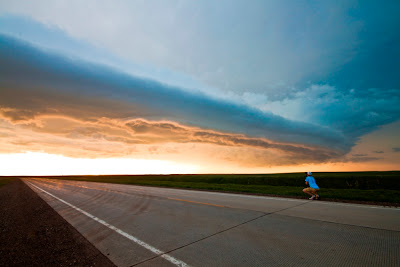 Ryan takes in the best view of the day... 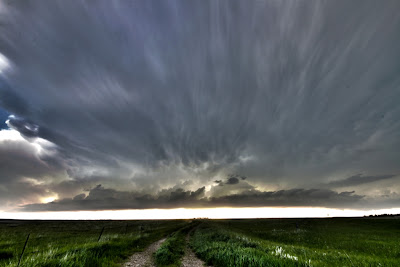 HDR attempt at the multicell mess 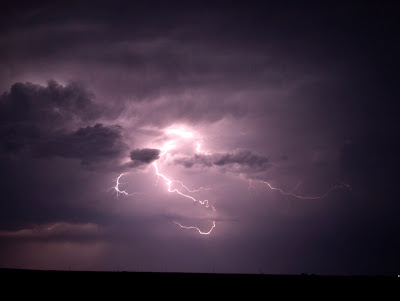