6/20 featured an interesting "cold core-ish" type set up in the central Great Plains with another SPC moderate risk for severe weather. Walker and I enjoyed breakfast at our overnight hotel (Ramada Inn) in Kearney, NE before deciding to venture southwest to intercept some elevated convection moving our way out of northwest KS. On our drive toward this cell, we stopped for lunch at a local diner (Frosty Mug) in Franklin, NE, and closely watched the evolution of this cell. After lunch, we decided to go after this cell after it appeared to quickly become surface based. It was a little tough to get "suckered" south into KS, as the 1630 Z SPC tornado risk (and most of the high-resolution model guidance) suggested that the environment along and northwest of I-80 in central NE would become quite favorable for tornadoes during the late afternoon and evening. Nevertheless, we continued to chug towards this cell. It turned out to be a good decision, as the now surface based supercell ended up producing several tornadoes, including a beautiful half-dust ingested tornado south of Almena, KS. I was in charge of taking video while Walker took stills (days like these can be very stressful alone, and it was great to have another person in the car). Thus, you'll have to wait for Walker's post for the (IMO great) still photos. Until then, enjoy the video and suboptimal pictures that I have uploaded. I apologize for the jerky video in some parts as the wind was pretty intense. We followed this cell north ending up near Stamford, NE, and along the way we witnessed several tornadoes that quickly became rain-wrapped. We eventually broke off with this storm (it was our original plan to do so), to catch up with convection firing further E along and north of I-80. I suspect that this convection didn't have the same storm-relative directional shear that was present with our initial storm (inflow winds were northeasterly into Almena/Stamford storm, while storms to the east were in an environment characterized by southeasterly surface flow) and thus failed to "produce." One of the more interesting features throughout the day were the numerous small (what appeared to be) forward flank mesovorticies. These vorticies exhibited tornadic rotation and often produced swirls of dust at the surface. Certainly a day that I will never forget. We ended the day in Lincoln, NE feeling like champions. Kudos to Walker for helping navigate a rather poor road network along the KS/NE border...look for his post in the offing. 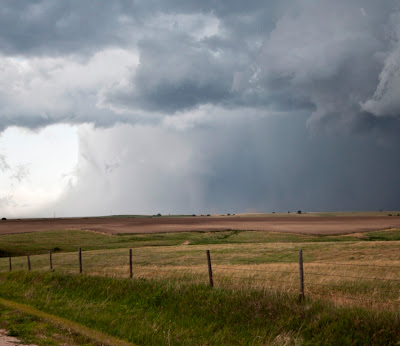 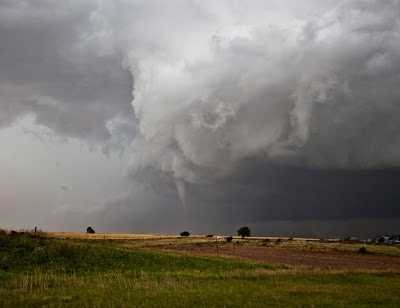 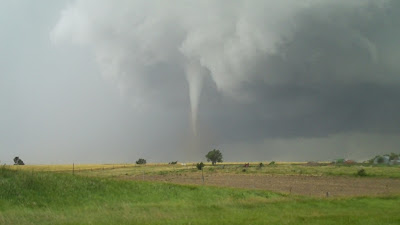 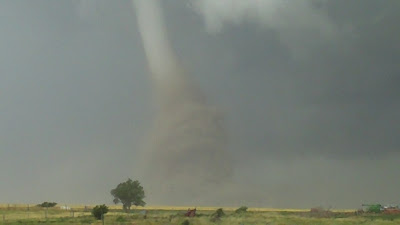 Video of the entire event here 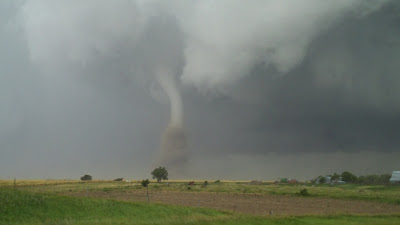 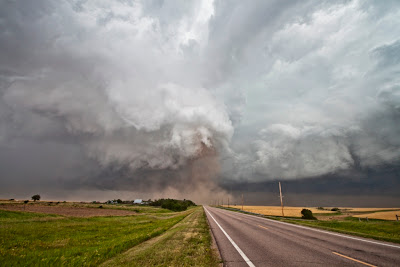 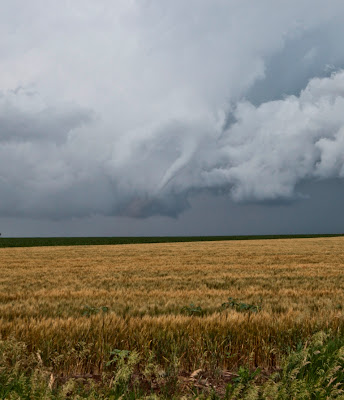 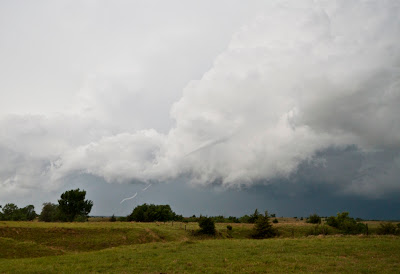 Tornado roping out near Stamford, NE 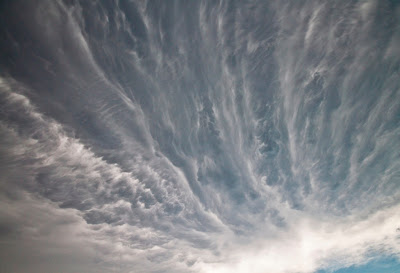 A beautiful fibrous sky near Stamford, NE
Posted by Victor at 5:49 PM