6/19 marked the beginning of a mini chase trip to the Great Plains as a slow-moving late June high-amplitude west coast trough led to a moderate risk of severe weather from the Storm Prediction Center. Walker Ashley and I departed northern Illinois early on the 19th with our eyes set on on far western NE or even eastern CO as lee cyclogenesis was forecast to advect sufficient moisture for supercells into the region under sufficient bulk shear corresponding to a tightening height gradient. After bailing on some initial crapvection in eastern CO, we latched on to the westernmost supercell forming near Haigler, NE. This storm looked great initially, but quickly became pinched off of high theta-e air from the cell to its immediate east. Realizing this, we darted east towards the dominant cell and caught up with it in the Stratton area where we observed a brief ground dust swirl that was reported as a weak tornado in the storm report log. We stayed ahead of this monster all the way to the Cambridge/Arapahoe, NE area, all the while exhibiting a beautiful upside-down wedding cake appearance. We drove north to overnight in Kearney, NE, where it turned out to be a pretty stormy evening. 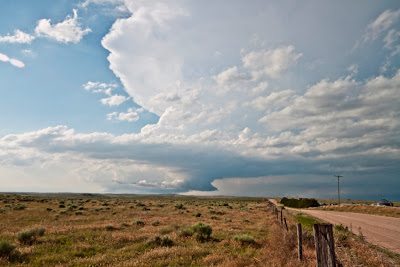 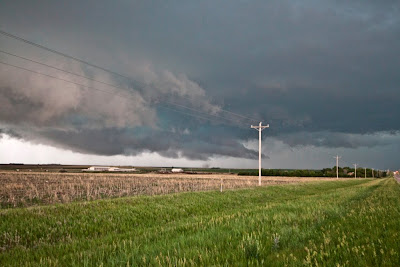 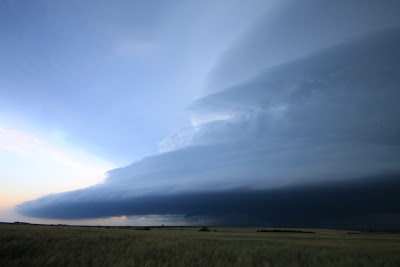