SLGT ingredients in play, with most favorable being rather steep low- and mid-level lapse rates. Awoke in Burlington, CO and saw no need to leave given placement of a surface stationary boundary and localized maximum in surface vorticity along a line from Burlington to Bird City. Watched TCu from the hotel parking lot and could have seen the first high-based landspout tornado from our hotel room window! Watching from just south of the hotel, strong rotation aloft eventually connected to the surface and produced an interesting dust column a couple of miles or so to our west. 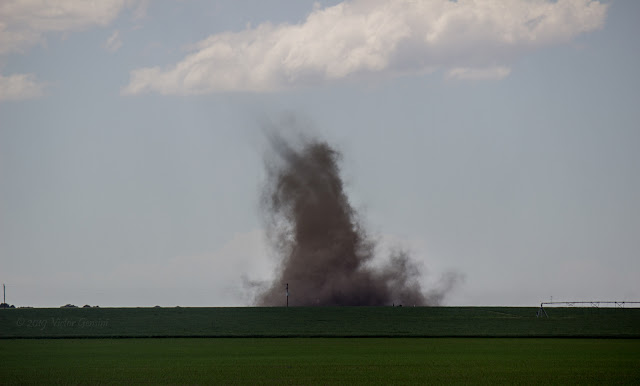 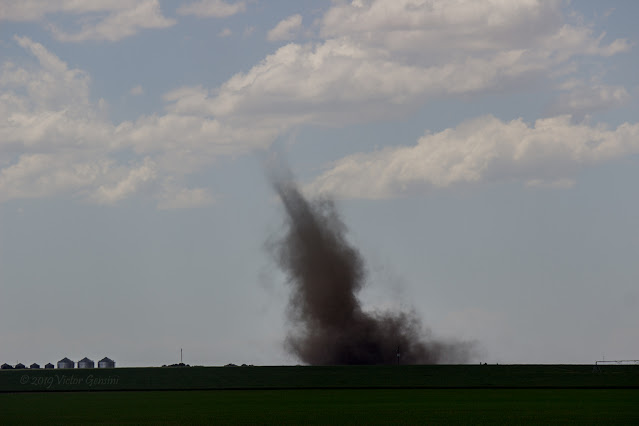 We held tight near the hotel as convection continued to fight a rather strong cap further the the east in the deeper moisture. Heating and mixing were eventually able to develop more rigorous convection to the east along the boundary and we were treated to some beautiful landspouts near St. Francis, KS. 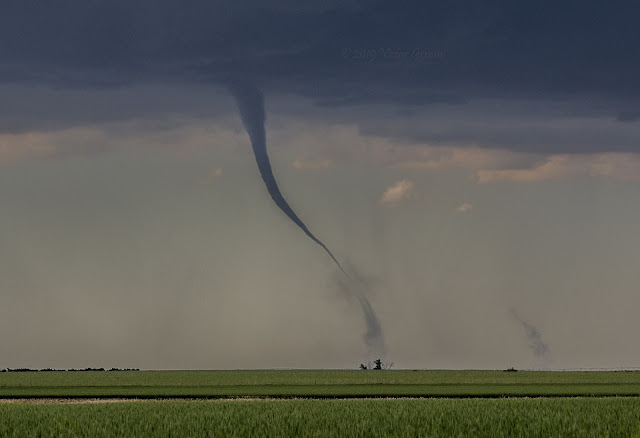 This was, however, just the appetizer.

Convection further south and east was still fighting the cap, but we knew if anything could eventually form and take root in the boundary layer, it would be "the" storm to be on. After doubling back-and-forth along I-70, we pulled the eastbound trigger toward a rather rigorous looking updraft beginning to form near Goodland. The storm quickly became surface based and produced some of the best structure of 2019 in the matter of a couple hours. A brief anticyclonic tornado also emerged from what otherwise was a non-tornadic beast of a supercell (see third to last photo, lower-left near lightning bolt and grain bins). Most of these pictures were taken between southeast of Goodland and near Winona, KS. 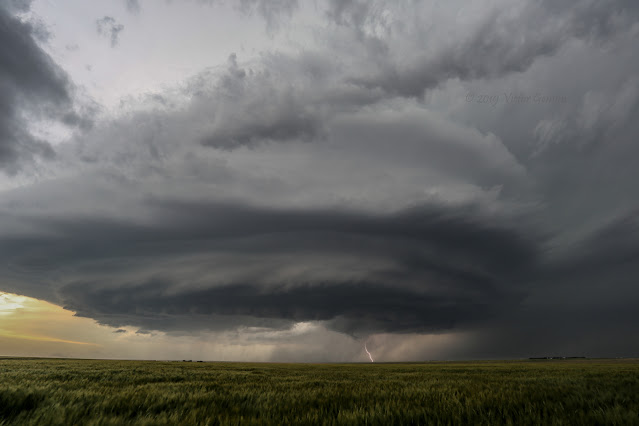 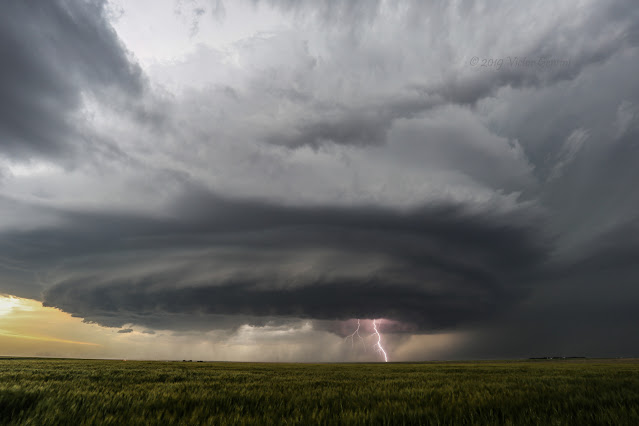 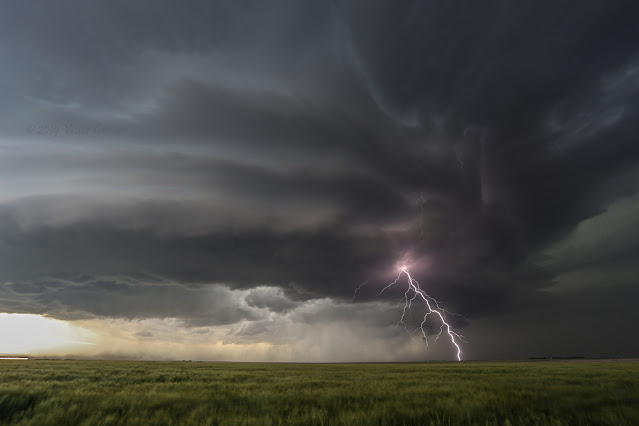 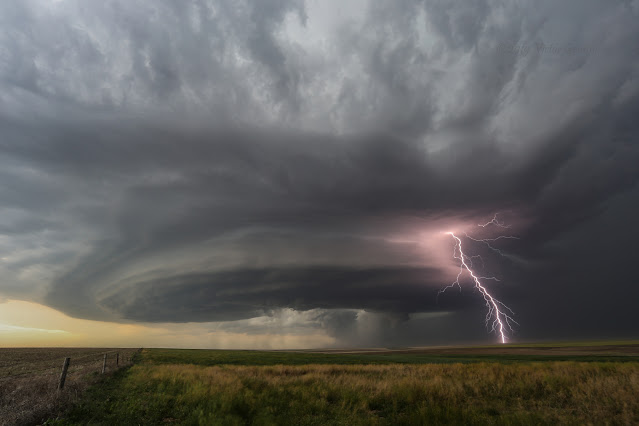 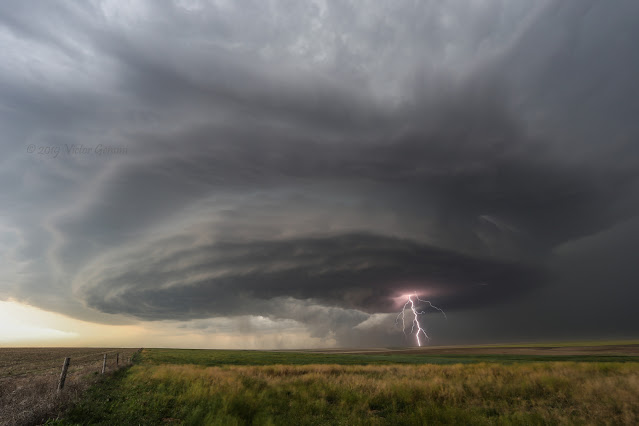 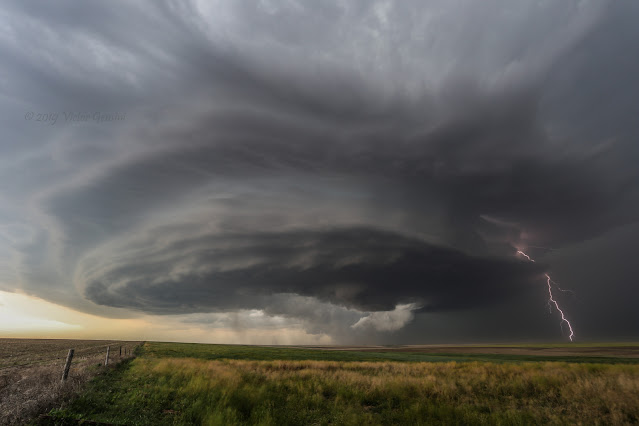 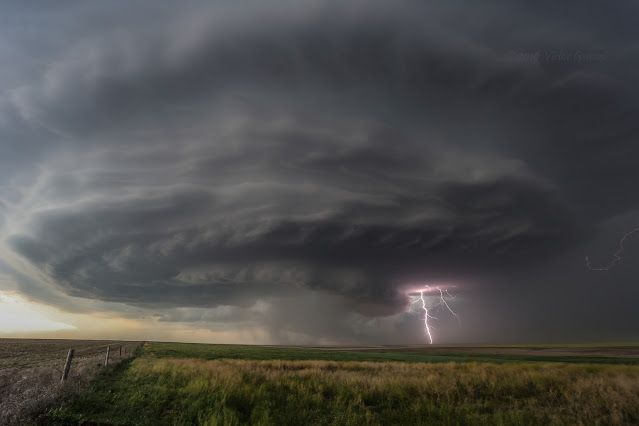 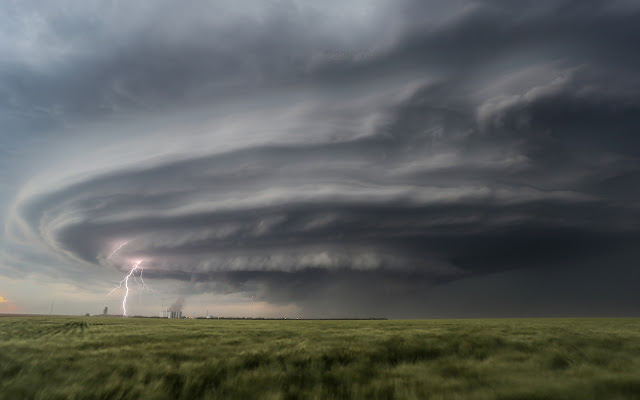 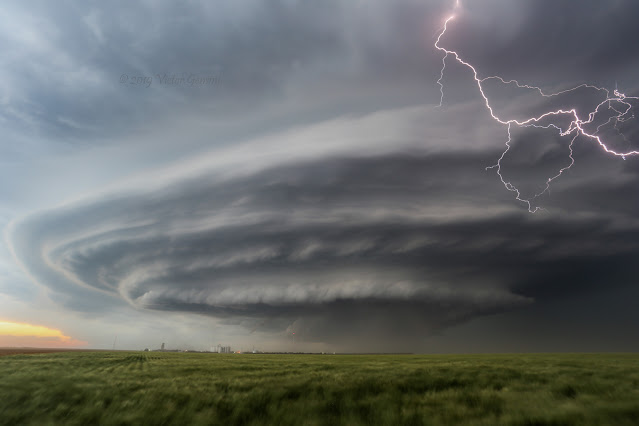 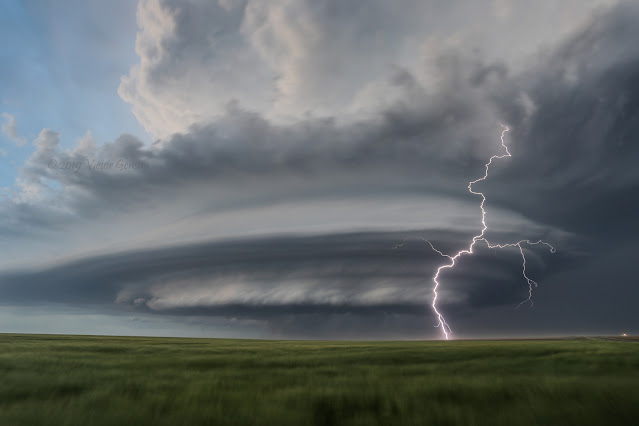 Dessert was served as the storm continued its hard right turn deviating from the mean flow. An epic lightning show ensued as we continued on back roads south of Winona. We got a flat tire (again), but were able to limp into Scott City, KS before the storm and get it changed in the parking lot of the Best Western. Overnighted in Scott City. This was the last day of chasing in 2019 for me, and it was definitely a cash-in. 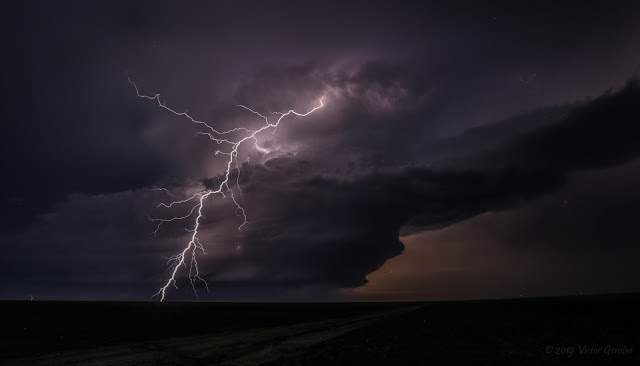 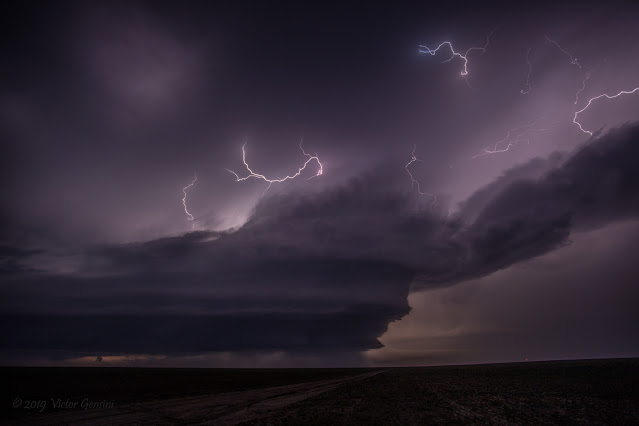 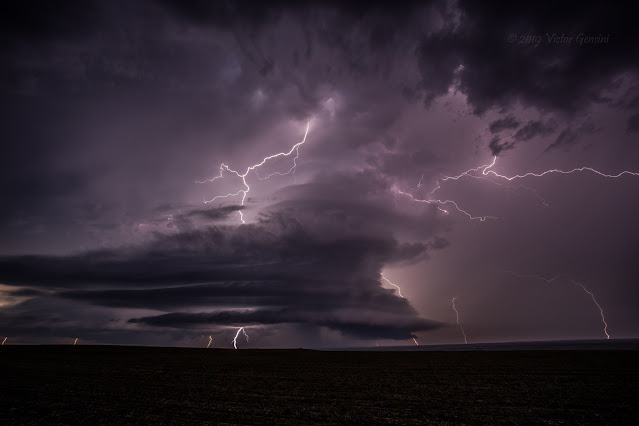 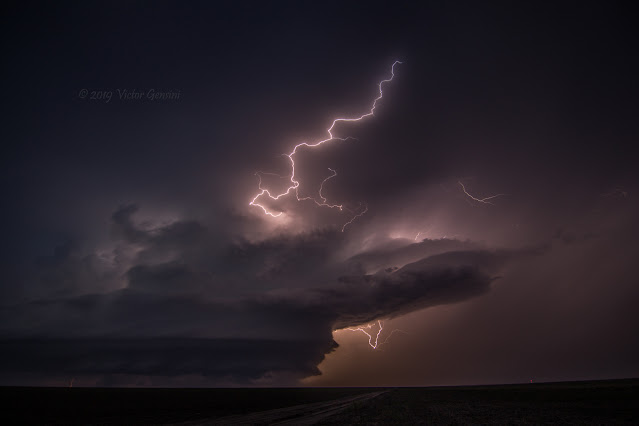 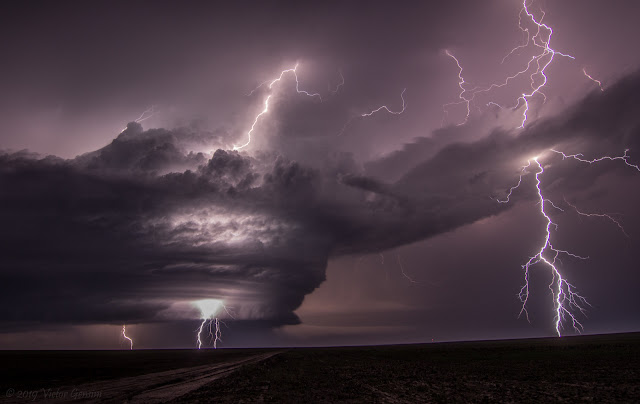 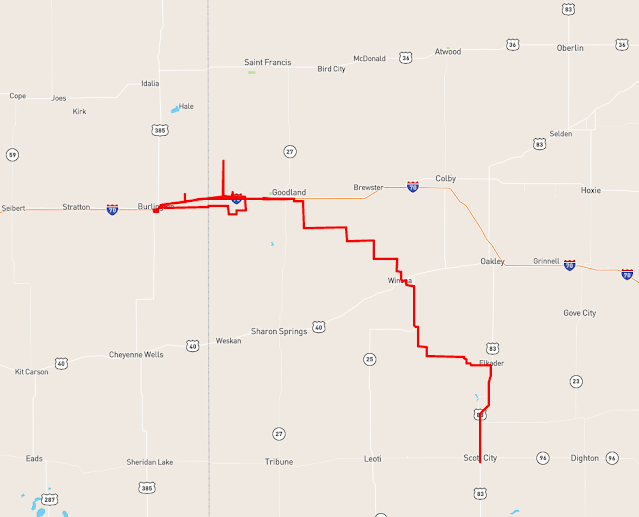