Morning analysis depicted much more zonal UL flow this day with main UL jet strung across the northern tier of the US. As such, this resulted in a SFC low, maintained by subtle transiting s/wvs, at the 3-corner region of ND/MB/SK. Pendant WF sloped SSE across MN with a CF arcing WSW across ND into MT with a pendant dry trough/pseudo-dryline that jut out due south near the Devil’s Lake-Jamestown area. The latter likely ending up as our main focus for CI. Ahead of this feature was a rich moisture holding tight across the Midwest that would be advected to the NW through the warm sector. We had confidence this would occur as morning WV revealed yet another subtle s/wv in MT that would likely result in some p-falls across the Dakotas, deepening the main synoptic low, allowing winds to respond. Starting in Fargo gave us plenty of time to diagnose the situation and after a lunch at Space Aliens Cafe, we made our way to Mayville to do our second and final balloon launch. Data revealed a fairly classic loaded gun sounding with some weakness to the low-midlevel SR winds, but otherwise exceptional parameter space environment despite a potential hazard type of Severe and only 1 weak tor analog and a several non-tor supercell analogs. 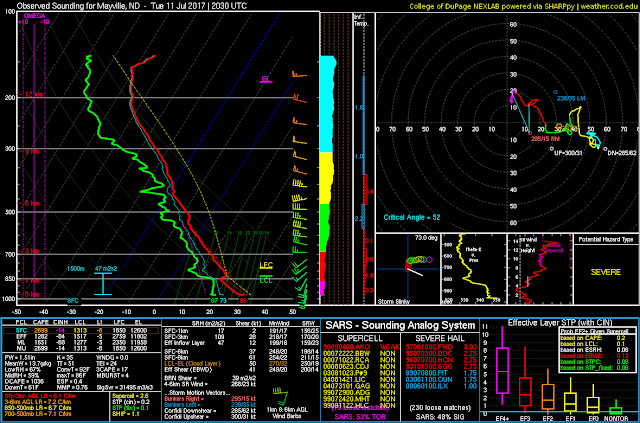 Several morning runs of the HRRR beyond the 12Z run showed consistent CI along the dry trough by 2300Z and this ended up being quite realistic. CI occurred in a couple locations west of a line from Finley to Grafton shortly after our balloon launch had completed by 2100/2200Z, then arcing back toward the SFC low near the US/CN border. We navigated to Larimore and ended up being drawn north toward what was clearly at the time the strongest convection in close proximity to the better SErly sfc flow near the WF. However as we made our way north out of Larimore, convection filled in between a cell to our west and our target storm to our north near Grafton. A couple of these cells had even thrown off left splits that only further complicated navigation/cell interaction/nowcasting. Since we were under a 5% tor risk in GFK’s CWA…. Naturally and unfortunately – every – storm had a tornado warning, which only added to the confusion. By the time we finally cleared all other storm cores to get a view at the Grafton cell, the storm did not look impressive and nothing in the low levels on radar made us particularly hopeful. At this point we were considering pulling off for a secondary target and heading NW to intercept cells coming off the border. Only other option was to once again navigate storm/hail cores and blast back south toward a storm now at the southern edge of all the convection along the dry trough near Lairmore/Northwood. A short conversation with our most experienced nowcasters came back with a unanimous decision to get south. This ended up being a pivotal decision, not only because this ended up being the undeniable storm of the day… but the timing of our arrival was impeccable. We were able to get out ahead of the storm N of Mayville – W of Buxton while the storm was still exhibiting transient supercellular characteristics. But right as we made our first stop we started to see low level velocity data transition from less convergence to true azimuthal shear and the visual of storm absolutely confirmed that the storm was changing mode and becoming a true supercell. 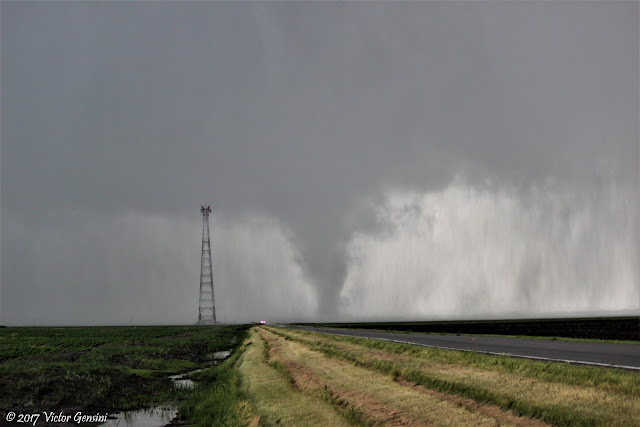 Very quickly we started to see clear evidence of cloud base rotation and after a brief moment of considering whether to reposition before it produced the storm told us to stay put. The tornado touched down initially with very little condensation funnel evident, just a swirl of debris under the cloud base, but then had several rapid moments of full condensation within the tornadic circulation before becoming fully rain wrapped. We stuck with the storm until Halstead, MN, before conceding that the storm was in full HP beast mode and there was little chance to see another tornado – instead opting to drop south away from the storm and take in the impressive mid-level updraft structure. 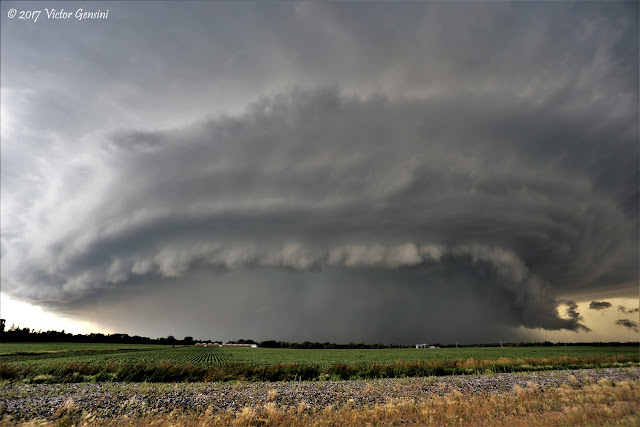 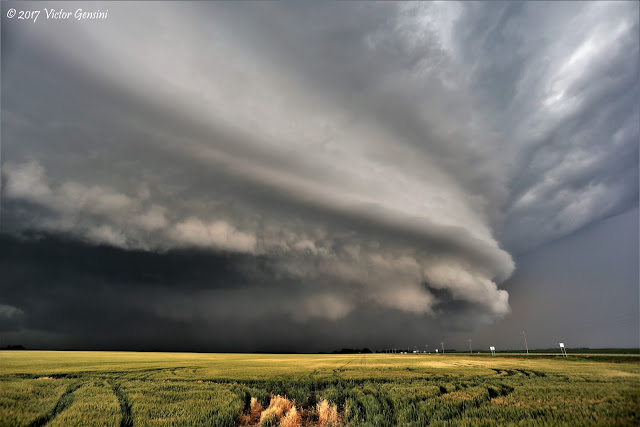 At this point we called the primary chase effort to head to Moorehead to gas up (van 2 was in desperate need), and also to arrive at our hotel in Fargo to set up for what would certainly be a long travel day to the heart of the CN prairies for the end of the week. After arriving at the hotel, our storm had drifted well to our SE and was putting on a decent lightning show, so a large chunk of our group that was still willing to head out in the vans dropped SE of the greater Moorehead/Fargo area and shot some lightning that was unfortunately slightly obscured by a mid-level stratocu deck...but still enjoyable. 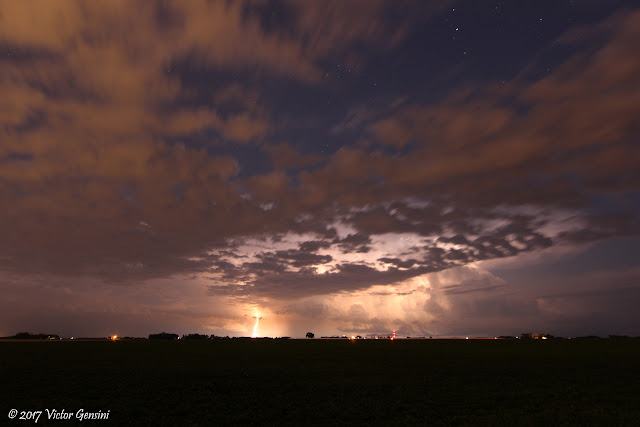