We (CoD Trip 3) awoke in Brush, CO, after an evening of pizza and fun. Morale was high as anticipation of this setup grew larger day-by-day. An anomalous environment, by high plains standards, was forecast to develop over the high terrain of CO and WY.  Mid 60s F dewpoints and strong deep-layer shear was already present by late morning, so our crew launched a 1900 UTC sounding from Ft. Morgan, CO. Anticipation continued to build as we will filling the weather balloon, then all of a sudden, POP! The weather balloon had a small hole! We were literally deflated thinking that this was a sign of how the day was going to progress. Instead of giving up on the launch, we tried (and failed) with duck tape. Then, in a moment of genius, Leon suggested we pull the hole through a zip tie and turnicate the area of the balloon hole. It worked! The balloon filled just fine and we were able to obtain successful data to nearly 30,000 ft. Data also showed a strong capping inversion, which presented a problem since our group was already 1,000+ miles away from home and we needed to get back as this was the last day of our trip.

A developing supercell caught our eye near Ft. Collins, CO, and we were able to route south and east ahead of the cell after pulling off another logistical miracle (that story some other time!). As this cell tracked into northeast CO/southwest NE/southeast WY, it was occasionally tornadic. We saw a long lived tornado near Grover, CO, characterized by a Campo-esque debris cloud and slender stovepipe condensation funnel. After this tornado roped out, we jogged east on I-80 and then north out of Kimball, NE. We pulled over on a country road (near Grady Dixon and the Ft. Hays State group) and watched another short lived tornado. We witnessed two more brief tornadoes and some amazing structure while driving north on 71 before calling the chase due to logistics and decaying road network. Overall, a great day and amazing teamwork by our crew to pull this off.

I think this day would have been even better if the early afternoon hodographs had a bit more low-level SRH. 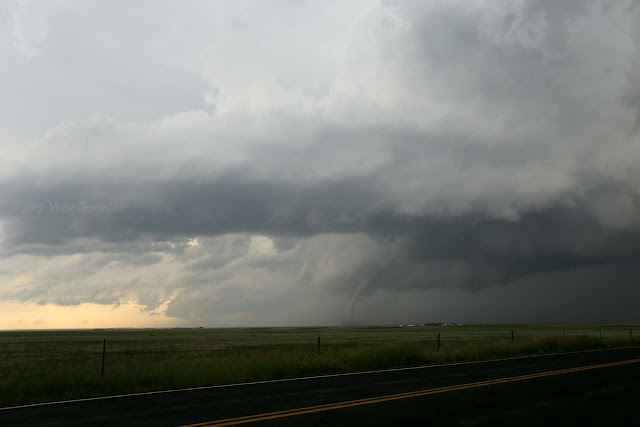 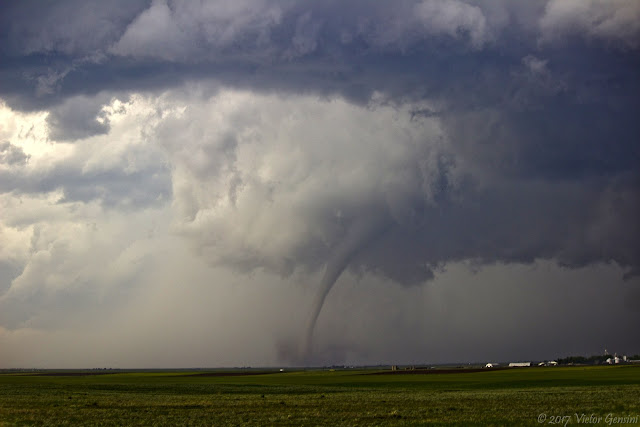 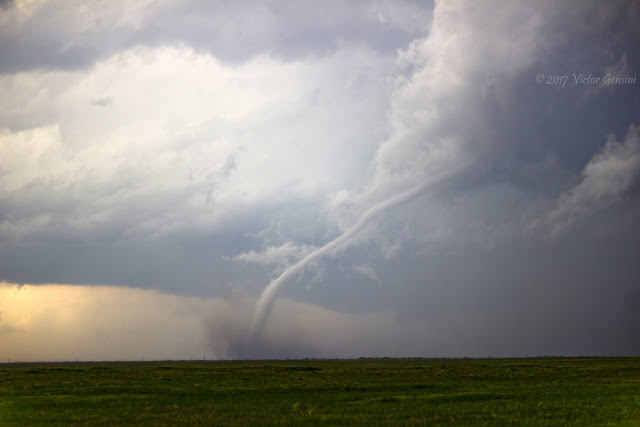 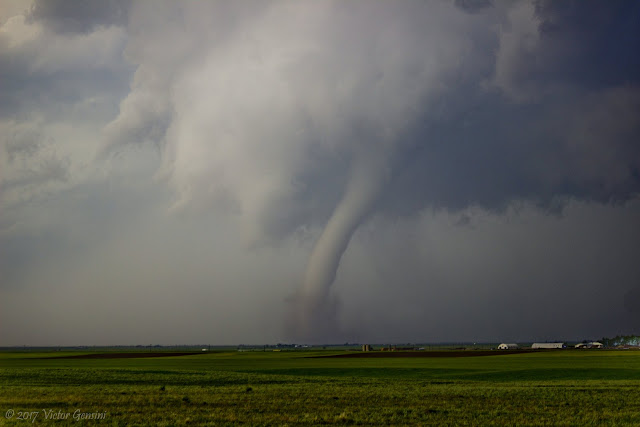 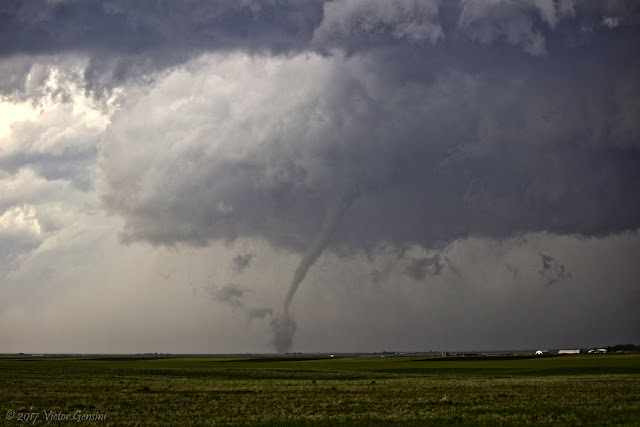 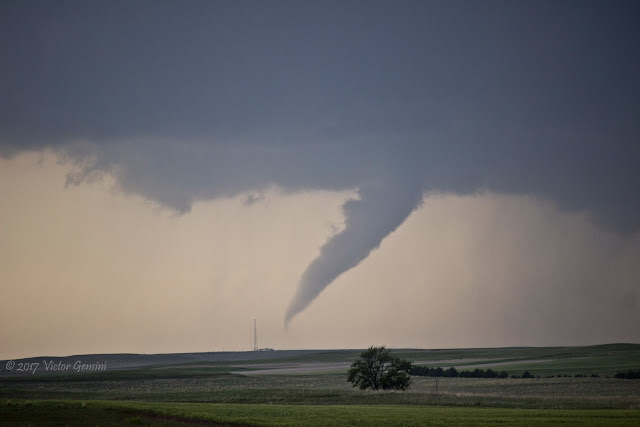 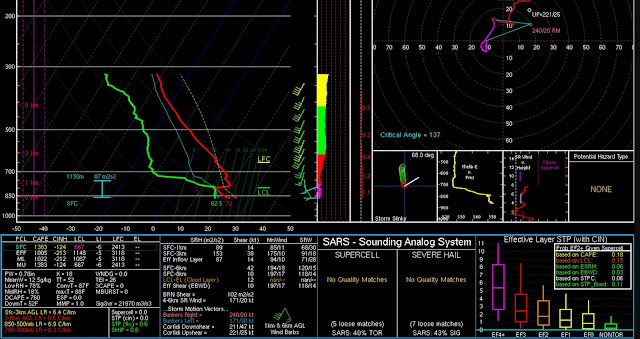 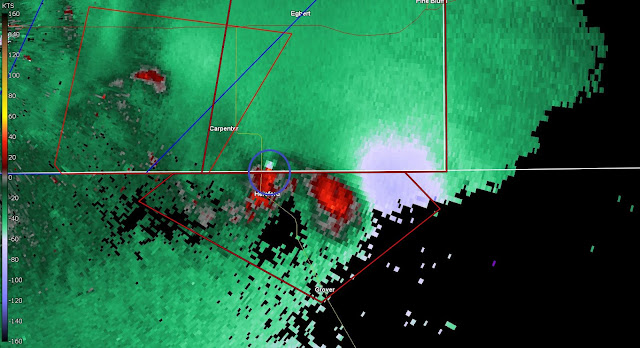 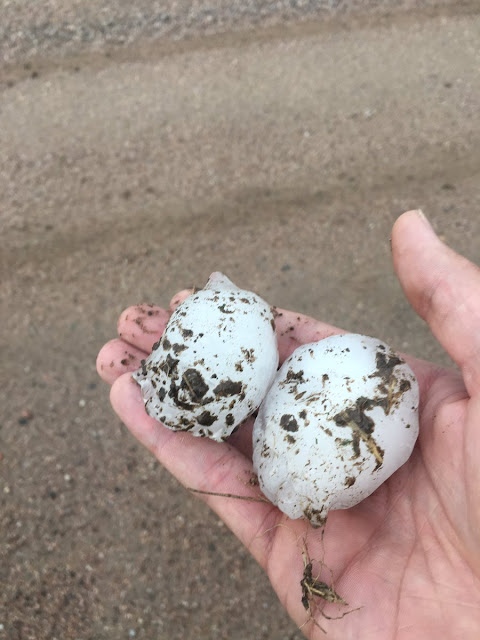 Many 2-3" hailstones covering the ground 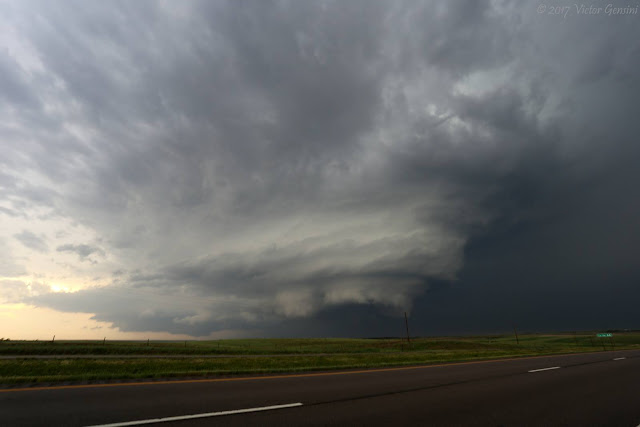 Supercell north of Kimball, NE as we made our approach
Posted by Dr. Victor Gensini at 10:47 AM