Thursday featured an environment favoring left-splitting supercells, with several anticyclonic funnels noted on convection that formed in western KS. Overall, the day was a big "bust" from a forecast standpoint.  A "moderate" risk for severe weather was forecast, yet there were no tornadoes reported in the MDT risk area!  Early morning convection broke out and muddied up the atmosphere causing a significant decreasing risk for severe weather in the MDT risk area by late afternoon.  We slid west out of the MDT risk area toward Tribune, KS, where the atmosphere was still relatively pristine. A nice LP supercell formed near Tribune and tracked to Leoti, where we were treated with some beautiful skies. 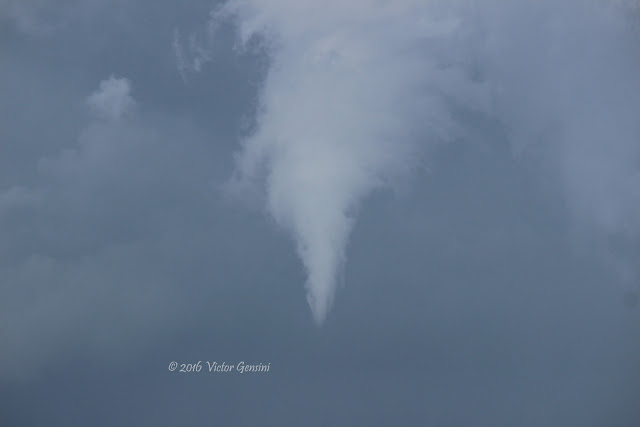 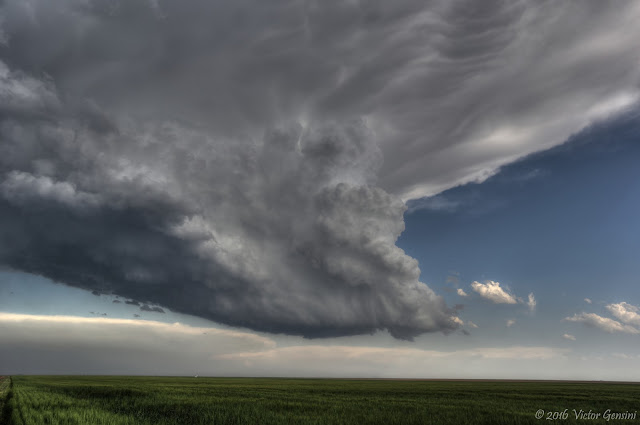 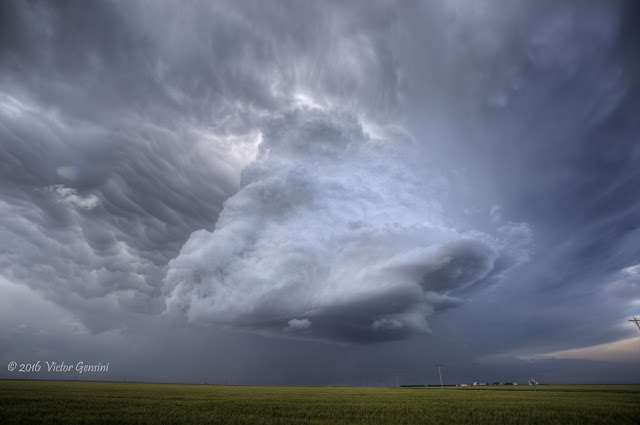