Saturday was a day that chasers dream for.  As a professor, it was a remarkable opportunity to teach students about storm structure as a majestic supercell sat nearly stationary for over three hours just north of our morning target of Leoti, KS.

We met up with the the Mississippi State and Western Kentucky field programs to launch a weather balloon from Garden City, KS (skew-T/log-P data attached below). The data showed weak upper-level winds, but surface and near-surface winds were anomalously strong.

High based convection developed by mid-afternoon in steepening lapse rates along and just west of a N/S oriented dryline in western KS.  As this convection matured, it was able to anchor to a pseudo warm front on the edge of deeper moisture to the east.  Remarkably strong low-level winds were able to overcome the relatively weak deep-layer shear, and this resulted in stationary storm motions (a chaser's dream!; reminded me a little of the West Point/Dodge, NE supercell from June 2013). A couple of tight circulations were noted (see the timelapse below), along with intermittent touchdowns early in the evolution.  As the sun began to set, we were treated to mouth watering storm structure.  The students were amazed (as was the professor!).  This was likely a top-5 storm chase structure day for me.  Enjoy the pictures and timelapse below. 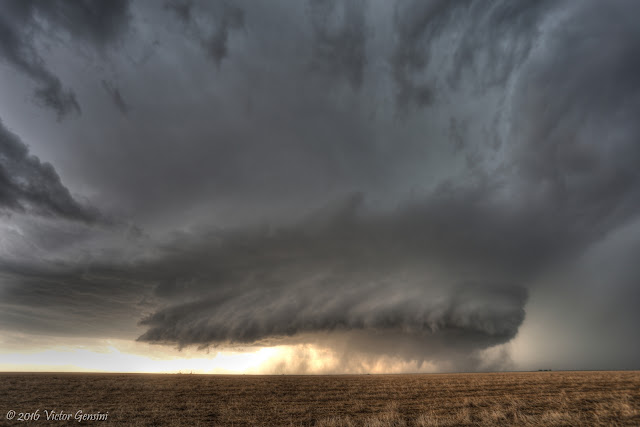 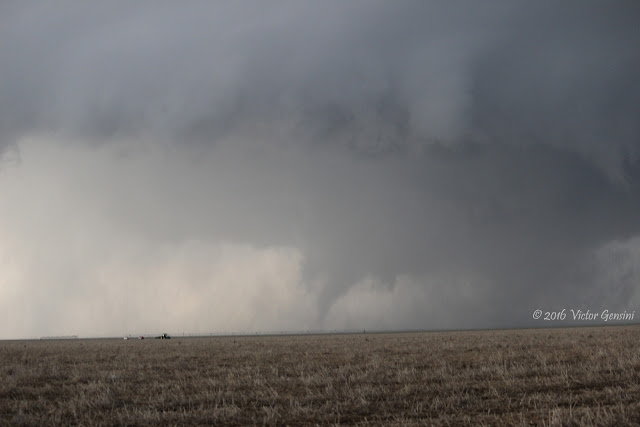 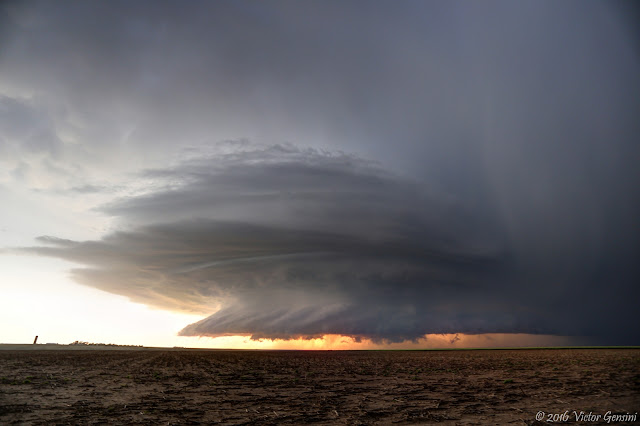 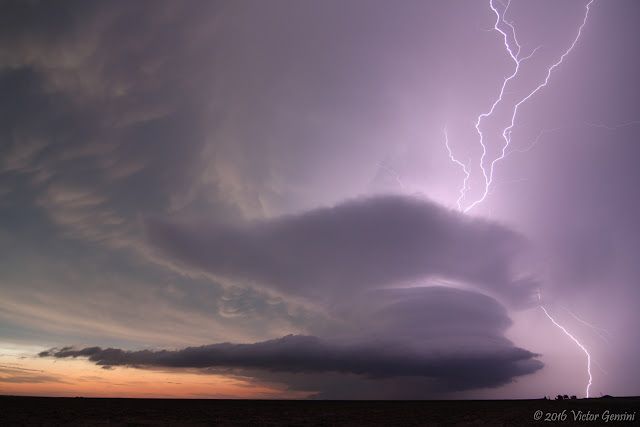 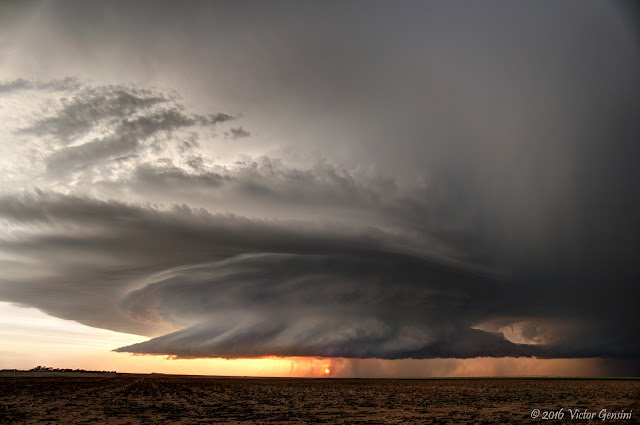 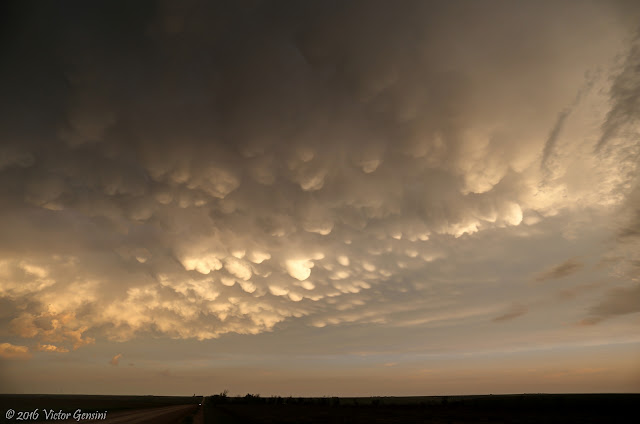 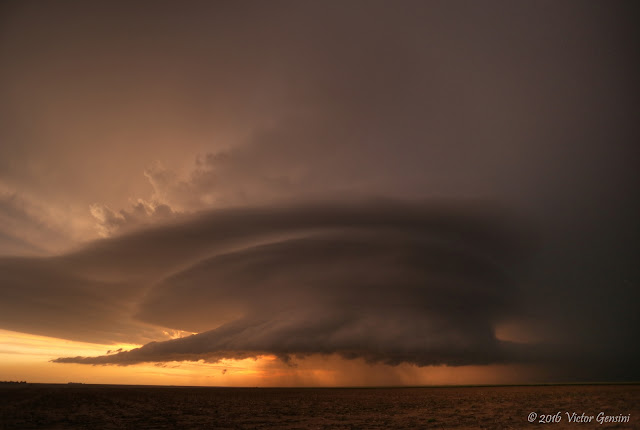 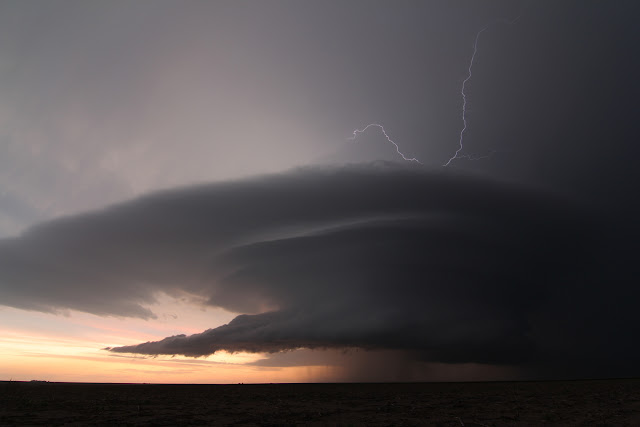 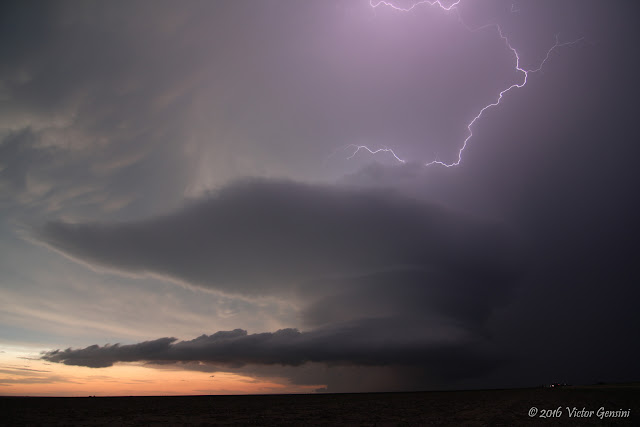 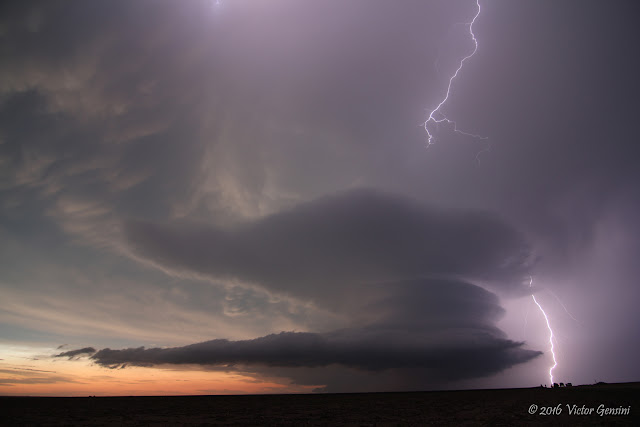 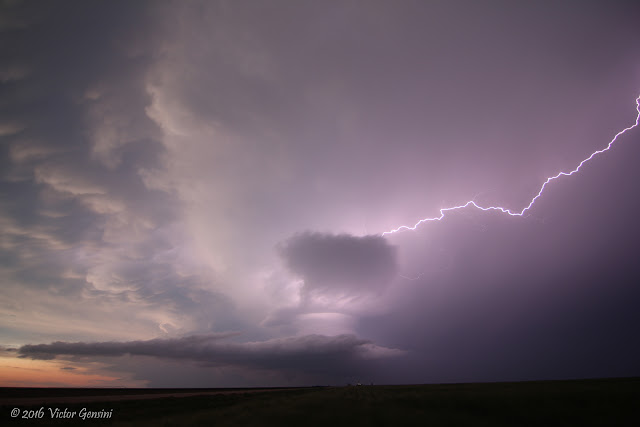