6-3 featured impressive thermodynamic profiles on the high plains terrain of Wyoming.  We met up with the CoD crew and launched an afternoon weather balloon from Wheatland, WY in order to sample the convective environment: 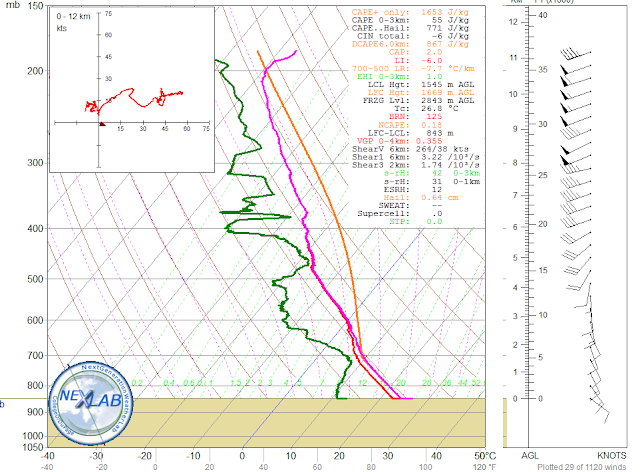 A distinct weakness in wind speed between 800 and 700 mb was likely the culprit for failed tornadogenesis this day.  In addition, the hodograph appeared to favor left splitting storms and none of the storms we latched on to really ever had a zonal component.  Despite being in a tornado watch all afternoon, this day was mostly a bust!  Below is probably the best the Wheatland storm looked during its lifecycle. 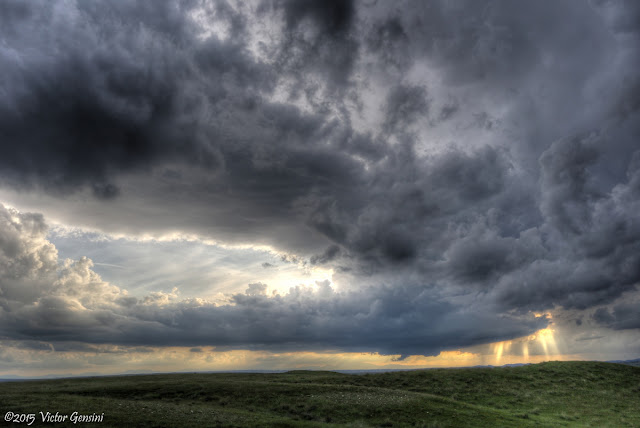 MISC: Overnighted in Torrington, WY and chatted with Chuck Doswell and Bill Reid in the morning.
Posted by Dr. Victor Gensini at 10:28 AM