We successfully found a spaceship UFO north of Roswell, NM on Saturday!  2014 has been the year of structure (and few tornadoes), but this supercell takes the cake so far.  We awoke in the Canyon, TX HIE to cinny rolls (yum!) and a worked-over atmosphere from the previous day.  Our original target near Las Vegas, NM was socked in with low-clouds so staying put in Canyon until after lunch seemed to be the best idea until the picture became clearer.  Hi-res model guidance suggested two target areas (one near Roswell, NM; the other near Plainview, TX).  After lunch at Fat Boy's BBQ in Canyon (great food and price!), Walker and I opted for the Roswell play, hoping for more isolated storms and better photography opportunities.

While ferrying west toward our target area, some towering cumulus began to develop near Fort Sumner (first storm in the timelapse below).  We gassed up in Fort Sumner, NM and headed toward Yeso, NM. After finding a nice vantage point, we watched the Fort Sumner storm shrivel and set sights on new developing mountain convection northwest of Roswell.

Then came the UFO. A spaceship? Mothership?  Something out of this world, that's for sure.

We found a 'neat' abandon structure just northeast of Roswell that provided some cool foreground shots of the approaching mothership. We enjoyed this storm the rest of the evening, taking in the scenery and watching lightning and listening to the distant hail roar. Another LP supercell to its immediate northwest provided the perfect 'cherry on top' after sunset.

Make sure to watch the timelapse below in high definition!

MISC:  Ran into Roger and Elke Edwards in the Roswell Applebee's. Overnighted in Roswell, NM. 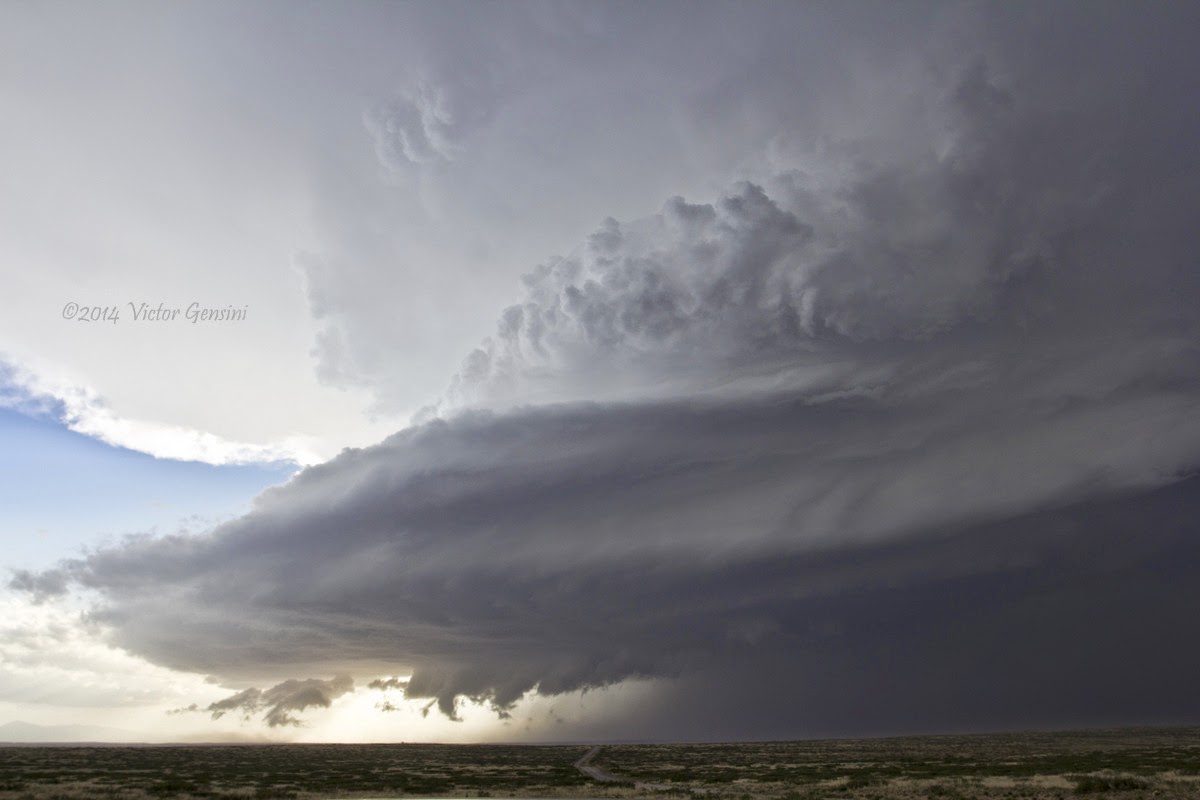 A couple of artistic shots... 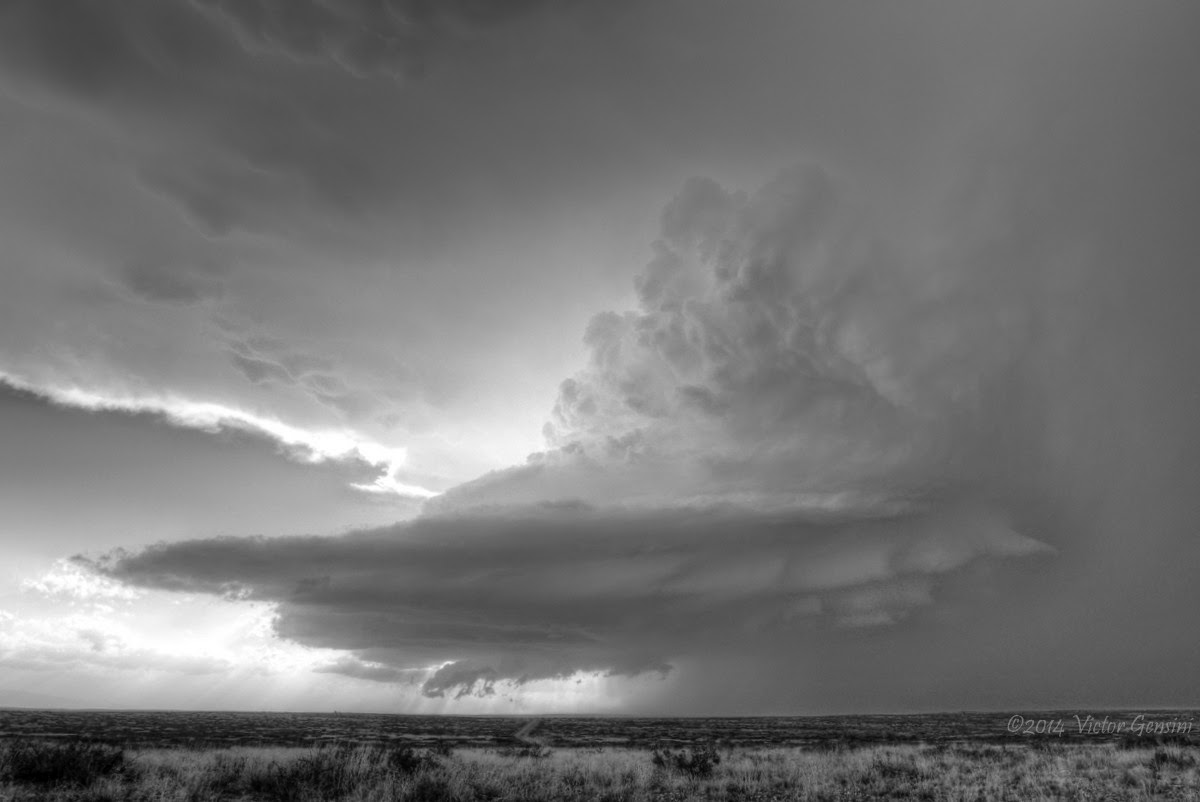 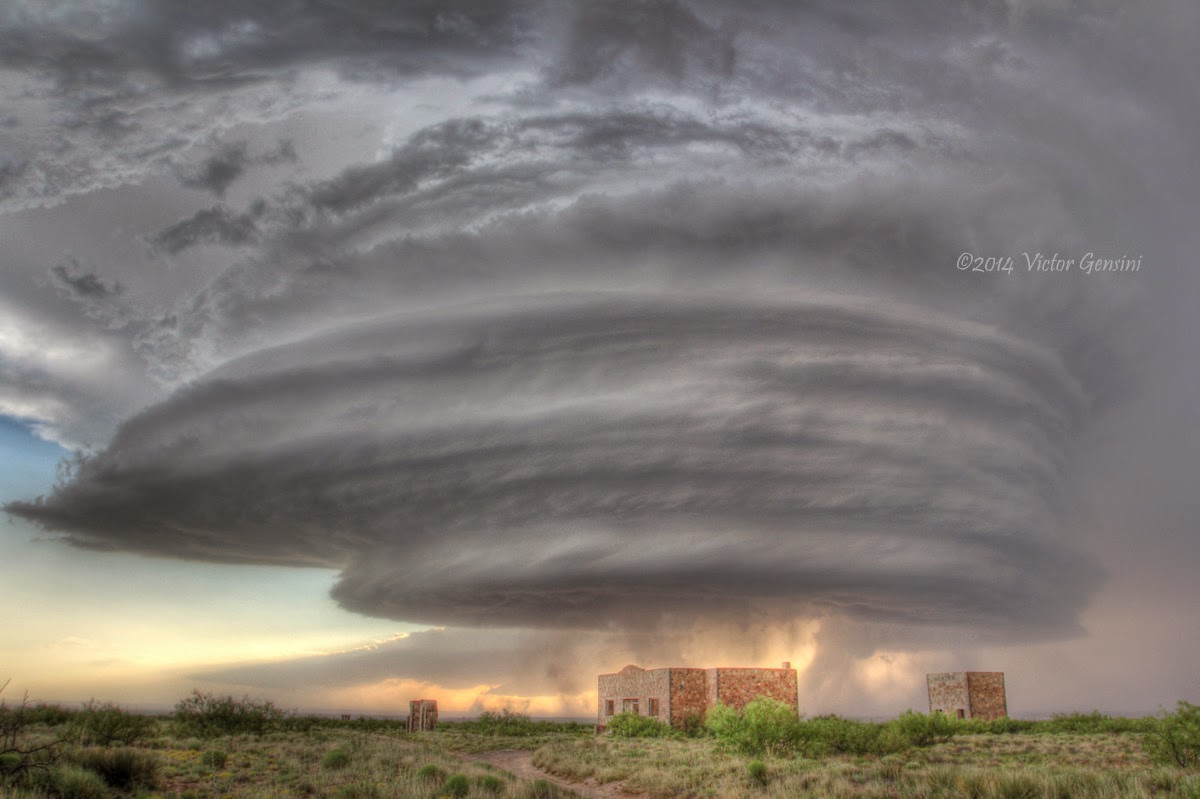 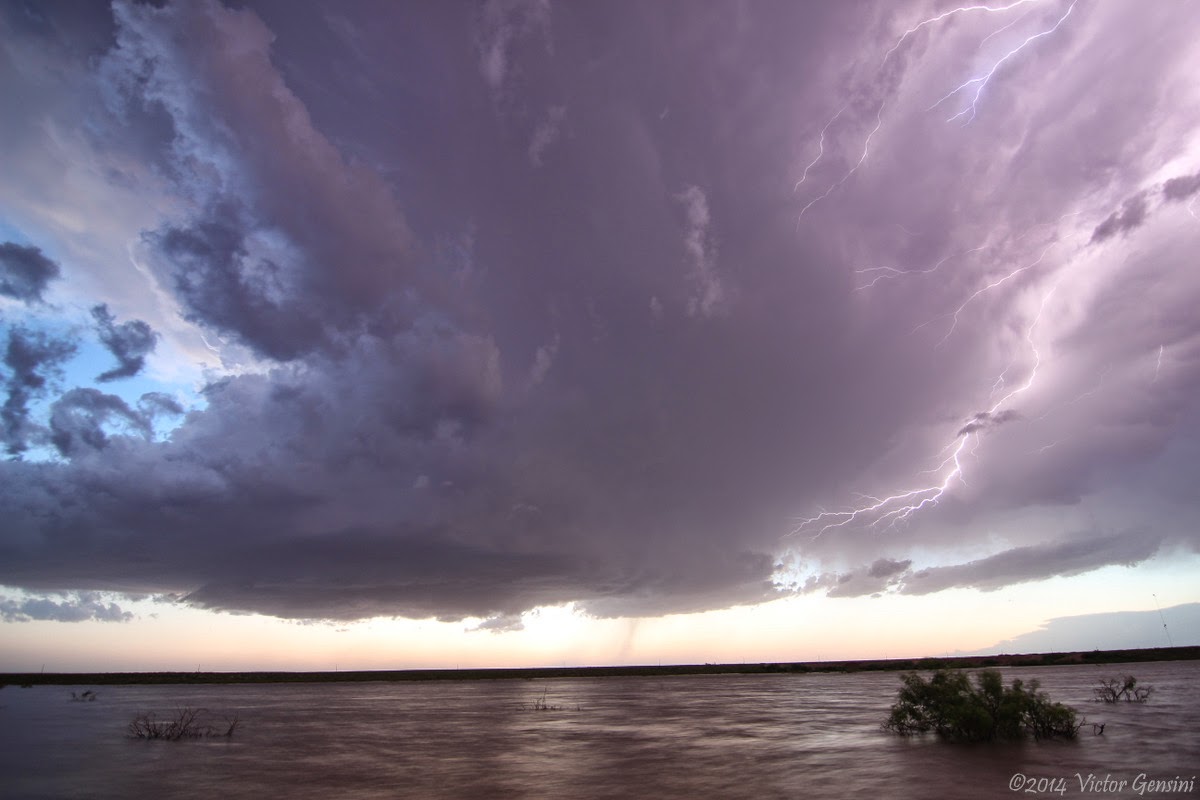 Time lapse of the Fort Sumner and Roswell supercells
Posted by Dr. Victor Gensini at 9:53 AM