The last promising day for Pops and I was in Colorado with strong southeasterly winds aiding a post-frontal upslope initiation scheme.  The Denver Convergence Zone never really got cranking given the southeast trajectories, but a storm was able to fire southwest of Denver and moved over the airport with significant hail present (causing some damage to Frontier aircrafts I believe). As the storm pushed east into manageable chasing territory, we navigated northeast of the hook echo in what was becoming a large HP supercell. We caught a glimpse of the reported rapid rotation and funnel clouds, but the storm was not able to constrict the low-level circulation into a sustained tornado.  You will see from the timelapse just how close this was to being a large, wedge shaped tornado.  I think if the surface temperatures were slightly higher, we would have been dealing with a significant event (I was chilly most of the day with a small jacket on!).  We released from tornado chase mode as the circulation became rain-wrapped and positioned far east to enjoy the structure that only lasted for an hour or so, but created some nice photo ops and put a cherry on top to a very successful few days in the High Plains. 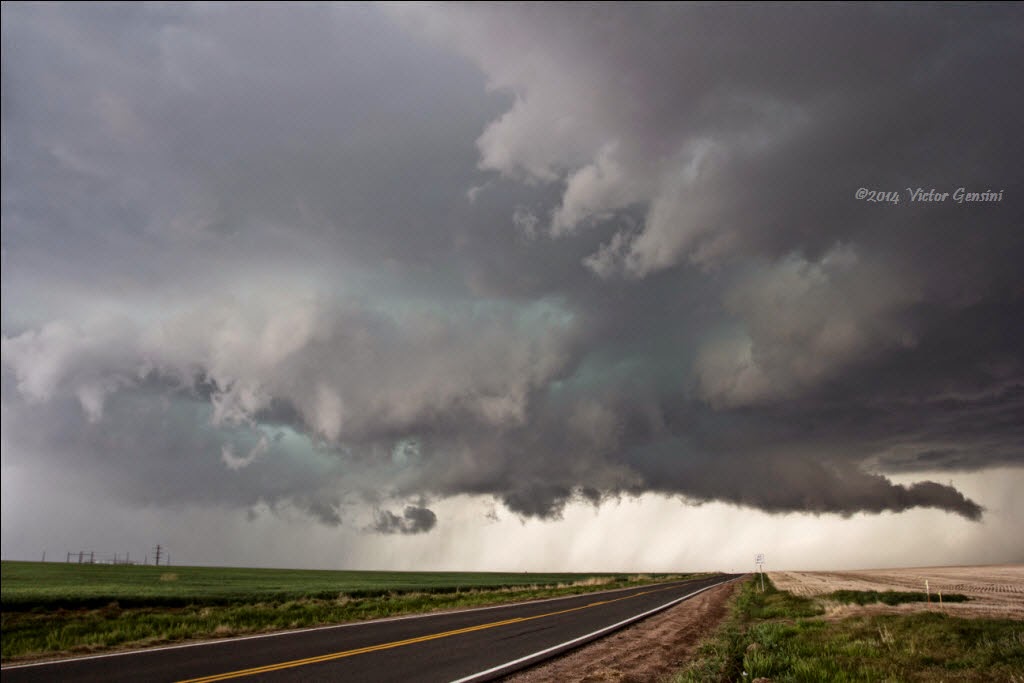 Timelapse (click to play)
Posted by Dr. Victor Gensini at 7:49 AM