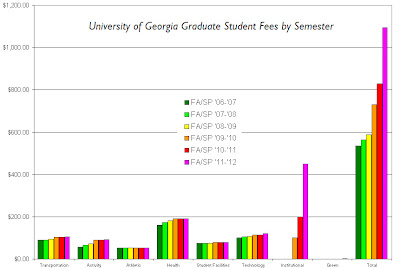 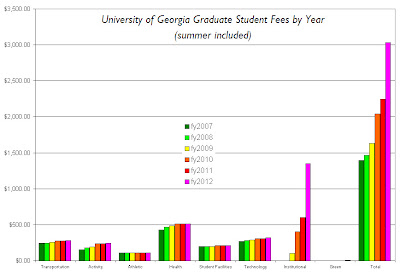 I'm glad my terminal degree is on the horizon...
Posted by Victor at 4:43 PM

Well-said, Victor. And to top it all off: President Adams approved these increases (because "in these tough economic times, everyone has to do their part") while giving himself a pay raise! Classic move.

As Bachmann-Turner Overdrive (now Bachmann and Turner) once said: "You ain't seen nothin' yet".

This is going on everywhere. NIU's alone went up some 10%+ in the fall semester.