Friday featured a concentrated, but interesting "day-before-the-day" setup for severe convection along a retreating dryline in western Oklahoma. Alan, Chuck, Matt, and I pulled the trigger on chasing the weekend convection and decided to leave Thursday evening, making it to Conway, AR, before overnighting. The chase turned out to be a little disappointing, with cells appearing very HP'ish both visually and on RADAR. Surface temperatures also seemed a little "cool," which likely inhibited steep lapse rates in the boundary layer. We latched on to a few HP supercells, one of them being near Blair, OK. There was a tornado reported with this storm after we left it (I know of a few chasers that claim to have video), but WFO OUN still has not issued any tornado LSR's associated with this cell. Below are some pictures (including some great anvil zits; some of the better I've witnessed) of the Blair storm as it edged eastward. 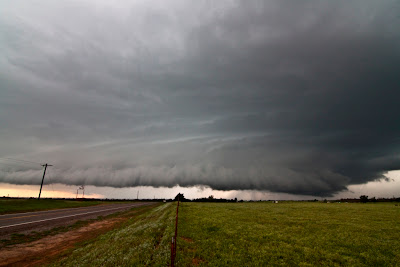 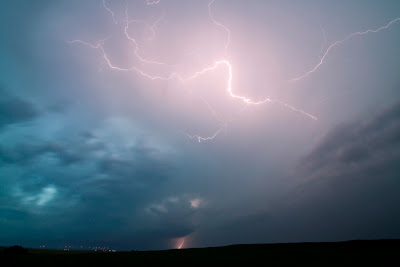 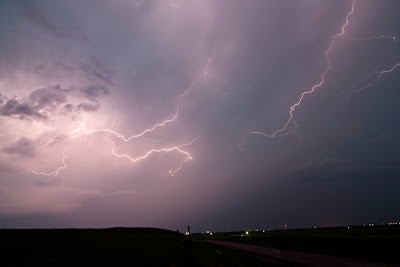 Great CC lightning with plenty of anvil zits
Posted by Victor at 3:22 PM