As 2010 comes to an end, I though it would be interesting to investigate the past 50+ years of the severe weather climatological record. While there are plenty examples of the problems with severe weather reports (e.g., Doswell and Burgess 1988;Grazulis 1993; Brooks and Doswell 2001; Brooks and Doswell 2002; etc.), they are the only "ground truth" data available to researchers. For part 1 of this series I will be examining hail data; however, I plan to examine tornado, wind, and all reports. It should be noted that all data presented in this series is courtesy of the Storm Prediction Center's (SPC) SVRGIS dataset.

Below, you will find a potpourri of climatological maps/graphs regarding hail data. Enjoy! 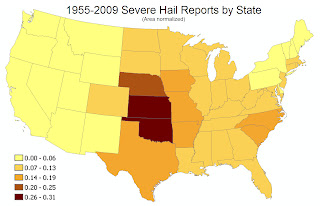 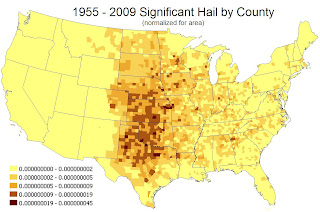 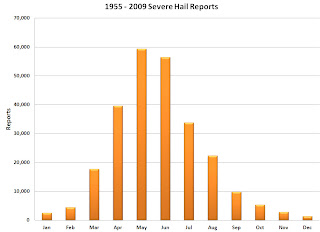 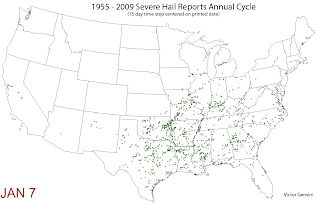 Watch closely and you will be able to see urban areas and CWA boundaries...
References: