Sunday featured an interesting set-up for tornadic supercells in central IA along a northward advancing warm front. After a late start, Hampton IA was our initial target. After hopping on HWY 20 west of Waterloo, IA we busted west to catch up with some cells forming near Fort Dodge, IA. As we pulled up to these cells, a nice wall cloud formed and after some organization, produced a tornadic circulation east of Owasa. After heading east to watch another circulation forming near Dike, IA, we kept heading east to stay ahead of the slowly moving storms. We were able to see the tornado with debris cloud that hit structures in Dike, but the pictures turned out to be non-existent as the contrast was terrible. Oh well. We chased visual the entire day with help from Gilbert Sebenste and Alan Black giving us radar updates over the phone, as I didn't have the power cord for my laptop...Argh! (Thanks to them...) Gilbert navigated us south after the Dike, IA storm south to another tornadic supercell heading for Iowa City. After busting through precip, we were once again treated with nice juicy inflow, and as the long exposure shows, a HP supercell. Not bad for a Sunday chase!
I will update with a time lapse from todays activities when I have time. 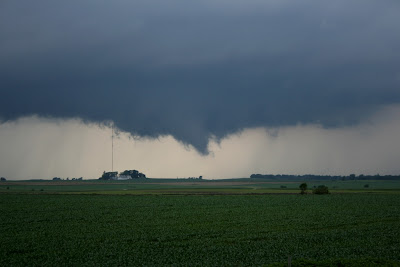 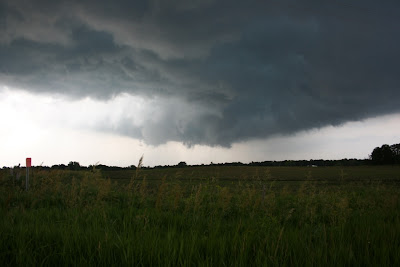 Storm begins to get a nice clear slot 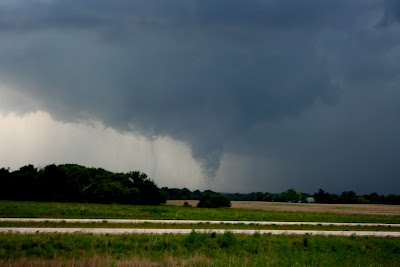 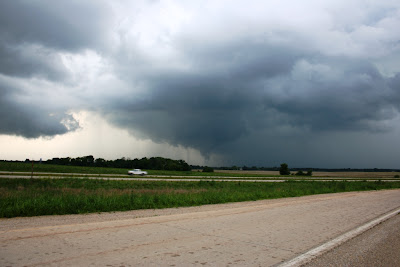 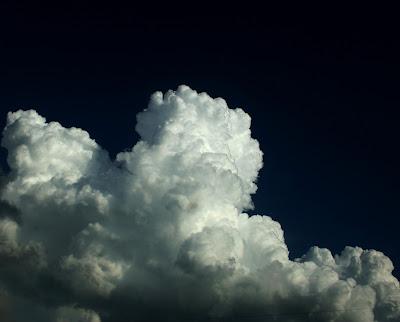 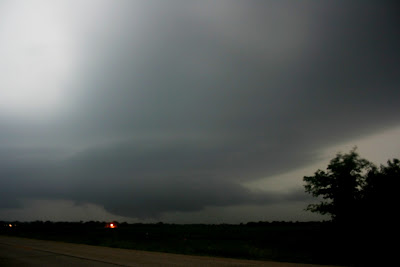 Night view of a supercell near Nichols, IA
Posted by Victor at 10:59 AM